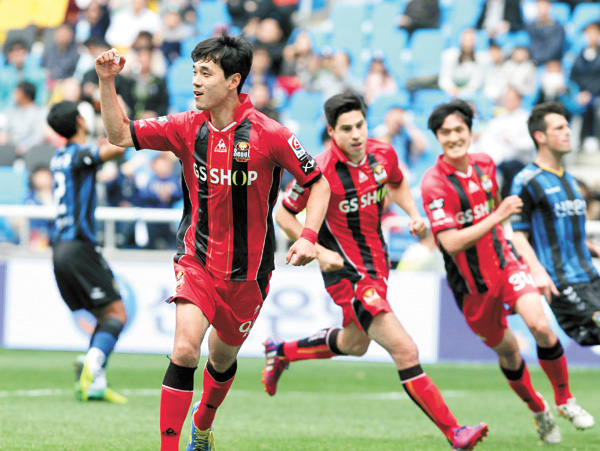 FC Seoul striker Park Chu-young celebrates after scoring a goal by penalty against Incheon United during
their K-League Classic match Sunday in Incheon. It was the first K-League goal in 2,562 days for Park, who returned to the
domestic football league this month. The match was a 1-1 draw. [NEWSIS]