Seo Gun-chang was last year’s KBO MVP after becoming the first player to get 200 hits in a season, finishing with 201 and playing in all 128 games. The previous record was 198 hits. The 25-year-old also set new KBO single-season records with 135 runs scored and 17 triples, and won the batting title with a .370 average.

However, Seo won’t have a season like last year after a posterior cruciate ligament fracture that will keep him out of action at least three months. On Thursday against Doosan, Seo collided with Bears first baseman Ko Young-min in the top of ninth inning and was replaced by pinch runner Kim Ji-soo.

Although some speculated the second baseman might be out for the season, Seo had only a partial fracture and the team believes he will return in July. The Heroes said Seo Dong-wook will fill in at second base.

When he was hurt, Seo was hitting .231 with five RBIs and nine hits in nine games. 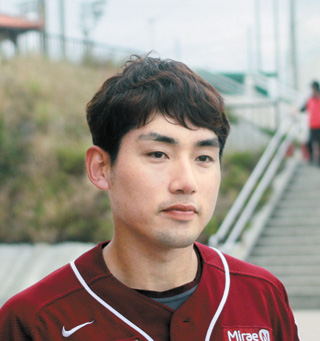 Kia Tigers players were stuck on the road to Daegu for nearly 40 minutes Sunday on their way to Daegu Baseball Stadium because of a traffic jam and roadblocks related to the 7th World Water Forum.

It usually takes about 20 minutes from the hotel to the stadium, but because global VIPs and President Park Geun-hye were attending the opening of the forum, traffic flow in Daegu was anything but ordinary.

The Tigers left their hotel at 11:10 a.m., arriving at the baseball stadium about noon, 40 minutes later than scheduled. With a start time of 2 p.m., Tigers manager Kim Ki-tae was concerned about his players’ frame of mind. The team was on a five-game losing streak.

However, maybe the heavy traffic was just what the Tigers needed. They beat the first-place Lions, 9-7, hitting four home runs in the process.