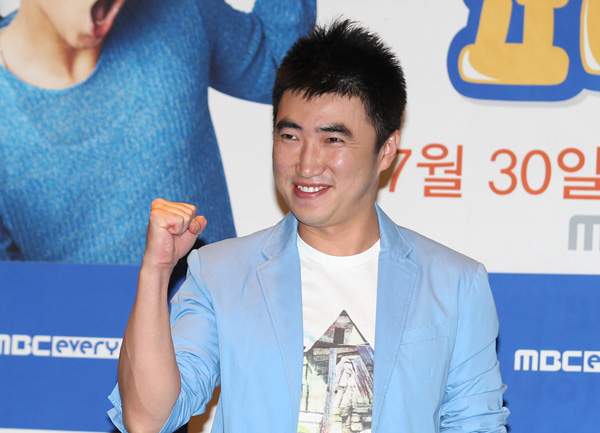 Korean comedian Jang Dong-min, who recently gained public attention as a strong candidate to be the next member of popular reality show “Infinite Challenge,” has apologized further for his past remarks demeaning women.

The 35-year-old comedian was on an episode of the regular humor podcast “Onggura” last August with two fellow comedians, but critics said he went too far when he said women are “stupid to be honest about losing their virginity to their current boyfriend” and that he “can’t stand woman who are not virgins.”

The three comedians also put on sketch about a man who calls his girlfriend a sexist slur for telling him that she is not a virgin.

The audio file and text of the podcast went viral on the Internet after Jang appeared on MBC’s “Infinite Challenge,” which is currently searching for its sixth member through the “Six Men Project.”

Jang became one of the top five finalists in the popular program.

The three later apologized for their behavior. But this was not the first time that Jang was caught in a controversy for crossing a line with some of his remarks on the 49 episodes of the show, which has now ended.

“I apologized when the incident happened last year, but I did not expect the issue to become controversial again before the selection of the next member of ‘Infinite Challenge,’?” Jang said through his agency, Koen.

“Since it is my fault, I feel obliged to make a sincere apology again to those people who were displeased about my previous remarks.”