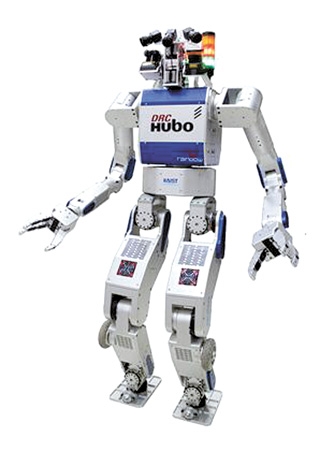 The Korean government has pledged support for the development of rescue robotic technologies by setting a goal of commercialization by 2022.

The Ministry of Trade, Industry and Energy said Monday it is reviewing the “public safety robot project” to see if it is viable. The project will focus on developing core technologies related to the rescue robots. Once the project gets the green light, it will support development of various technologies including sensors that operate even in thick smoke, as well as crawler systems.

These technologies will be used in disaster situations such as rescuing people under debris, detecting stranded people in smoke-filled buildings that are on fire, or surveillance of nuclear power plants.

“There is a growing emphasis on utilizing robots in disaster situations where it is difficult for a person to actually get involved or is impossible, such as a nuclear power plant accident or a major fire,” said a ministry official.

The ministry said earlier this month it has signed a “terms of reference” with the U.S. Department of Defense for cooperation in rescue robot development.

The ministry said the agreement is targeted at strengthening cooperation between the two countries in rescue robots including sharing information on research and development. Joint research will kick off in 2016.

Meanwhile the government reported that three Korean teams will be competing in the final rounds of the DARPA Robotics Challenge (DRC), the world’s largest robotic competition funded by the U.S. Defense Advanced Research Projects Agency. The final round will be held over two days starting June 5 in Pomona, California.

The Korean teams are among 25 competing including 11 teams from the U.S., five from Japan, three from Europe and one from China. 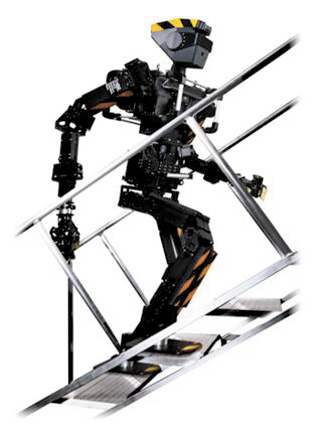 The three teams are from the Korean tech university Kaist, Seoul National University and from the private developer Robotis.

Kaist developed the nation’s first humanoid robot in 2004, named Hubo. The machine that is participating in the DRC is named DRC Hubo II.

Robotis reached the finals with its own humanoid Ttolmang. The Seoul National University team is in the competition with a Ttolmang developed by Robotis but running on a program developed by the team.

According to the ministry, five other teams in competition will use a Korean robot. These include two American teams, UCLA and Grit, as well as Hector and Nibro from Germany. They will all use the humanoid Ttolmang.

Seven teams in the competition are using the Atlas2, which was developed by the American company Boston Dynamics.

With three other teams that use American-made robots as their hardware and five teams using Japan-made robots in the final, the DRC competition is considered a rivalry among Korea, Japan and the United States, the ministry said.