Kwon Young-woo’s “Untitled,” far left, is part of Gallery Hyundai’s ongoing “Korean Abstract Painting” show. Park Seo-Bo’s “Ecriture No.89-79-82-83,” left, will be exhibited in Venice as part of the “Daesaekhwa” exhibition sponsored by Kukje Gallery during the Venice Biennale, which starts in early May. Provided by the galleries

The move to shed more light on abstract Korean paintings such as dansaekhwa - abstract paintings filled with minimal color and unusual textures - is winning positive responses in the local and overseas markets.

Works by Park Seo-bo and Chung Sang-hwa were sold at prices multiple times higher than their previous records at auctions during the Modern and Contemporary Asian Art Evening Sale by Sotheby’s Hong Kong on April 4.

The two artists are among the leading figures in the dansaekhwa movement.

In a press release, the auction house said the results were an extension of “the momentum we saw for Contemporary Korean and Japanese artists during our groundbreaking selling exhibition last month.” 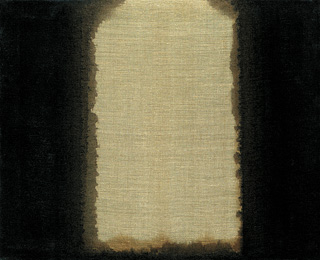 In March, the auction house held an exhibition titled “Avant Garde Asia” featuring paintings by Korean and Japanese abstract artists from the 1960s to the post-millennium.

“Renowned for a distinctly Korean whiteness, these artists also infused their art with calligraphic elegance,” according to the auction house’s website.

Dansaekhwa and other Korean abstract paintings also were favorites of art collectors in sales last month in Seoul and Hong Kong by leading Korean auction houses.

Seoul-based K Auction held a successful first sale in Hong Kong on March 15. The hammer fell for 89 percent of the pieces put up for bidding, thanks to the popularity of dansaekhwa.

“All the dansaekhwa paintings were sold,” auctioneer Son Yee-chun said in a press release. “The dansaekhwa boom seems to be spilling over to other countries.” 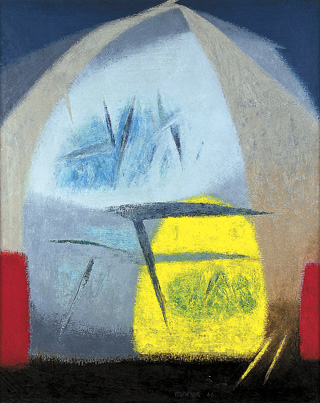 Yoo Young-kuk’s “Work”(1966), is among Korean abstract paintings that fetched high prices in spring sales by K Auction and Seoul Auction. Provided by the auction houses

Among works sold at prices much higher than forecast was Yun Hyong-keun’s 1979 oil on linen painting “Umber Blue.” It went for 103.7 million won, three times the upper end of its estimate.

First-generation abstract painters from Korea, such as Kim Whanki (1913-74) and Yoo Young-kuk (1916-2002), who precede dansaekhwa painters, also are popular.

Yoo’s 1966 oil painting “Work” was sold at the highest price among local modern art in the March 9 sale in Seoul by Seoul Auction. It fetched 430 million won.

Korean galleries are busy promoting dansaekhwa further through exhibitions. Gallery Hyundai in central Seoul is holding the group show “Korean Abstract Painting” through April 22, presenting 60 pieces by 18 artists such as Kim, Yoo, Park and Chung, as well as lesser-known artists like Kwon Young-woo.

Kukje Gallery, which has led the promotion of dansaekhwa, will sponsor a large show of the paintings at Palazzo Contarini Polignac in Venice from May 7 to Aug. 16 during the 56th Venice Biennale. Six leading dansaekhwa artists will participate in the exhibition.