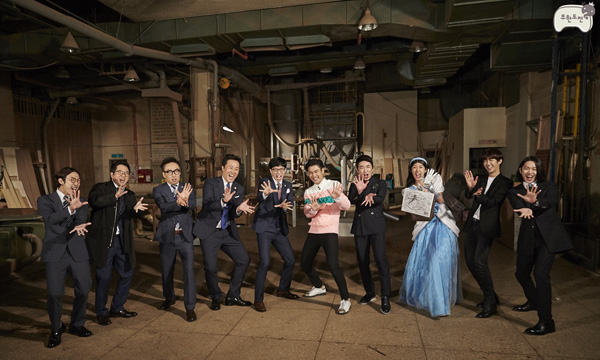 Comedian Jang Dong-min, who has been publicly criticized for making sexist remarks about women in a podcast last year, said he will drop out of a contest to become the sixth member of popular reality show “Infinite Challenge” on Tuesday.

Koen, Jang’s agency, said in a press release that the 35-year-old told the reality show’s producer on Tuesday that he will no longer participate in the “Six Men Project,” which is the name of the competition.

According to the daily newspaper Sports World, “Infinite Challenge” producer Kim Tae-ho said, “I will make a final decision on whether Jang will continue taking part in the ‘Six Men Project’ after discussing with the show’s members.”

“But if the situation gets worse, I will have to accept Jang’s choice,” Kim added.

The comedian was considered one of the strongest contenders before the podcast in which he said he “can’t stand women who are not virgins” went viral online.

“I said some things that I did not mean to be funny and I’m deeply sorry to those people who were hurt by my remarks.” Jang apologized through his agency, Koen, on Monday.