Genesis is popular but not in Europe

Genesis is popular but not in Europe

When Hyundai Motor introduced the second-generation Genesis premium sedan in December 2013, local consumers quickly became fans of this car, which the company said it developed to compete against three German premium brands: Mercedes-Benz, BMW and Audi. The nation’s leading automaker was confident it could expand its share of the European market for premium large sedans. It even advertised that the model was built with European DNA, as British sports car brand Lotus cooperated in developing the Genesis.

The Genesis has definitely found its place in the domestic and U.S. markets. In the U.S. market, a total of 5,366 units were sold until in February compared with BMW’s rival model, the 5 Series, which sold 6,965 units, and Mercedes-Benz’s E-Class, which sold 6,745. 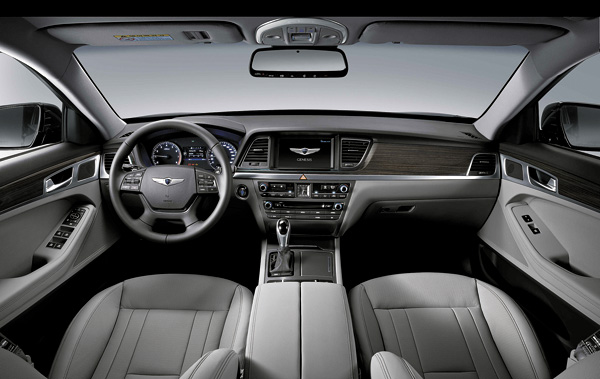 The interior of Hyundai Motor’s luxury sedan.Provided by the company

It is towering above rivals domestically, with a greater than 70 percent share of the market for large sedans. A total of 36,711 units were sold last year and more than 5,600 units in the first two months of this year.

But in Europe, the second-generation Genesis has been a gigantic backfire. According to Hyundai Motor, only 163 units were sold from June to December after its launch in May 2014 - an average of 28.2 units per month. This year, the company only sold 22 units in January and 26 units in February. 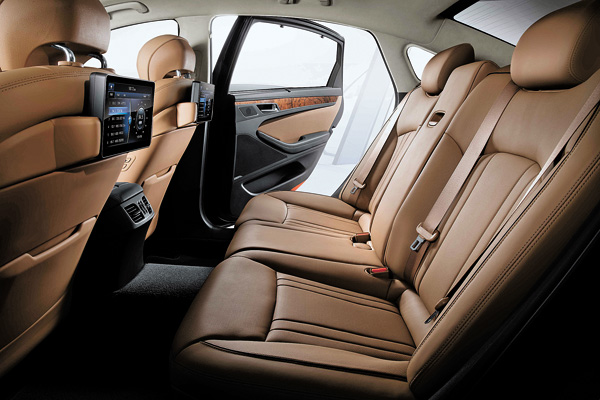 The interior of Hyundai Motor’s luxury sedan.Provided by the company

In Germany, the biggest car market in Europe, sales have been so poor exact data isn’t available. But according to industry sources, only about 10 to 15 units have been sold in that market.

Hyundai Motor isn’t the only company failing to crack the European market. According to data provided by the European Automobile Manufacturer’s Association, the market share for Lexus in Europe was only 0.2 percent with about 28,000 units sold last year, while Volvo managed to eke out a 1.9 percent market share.

The market is dominated by the three German brands. For large sedans, those three had a combined market share of 94.6 percent in 2014 with 115,446 total units sold of the Audi A6, BMW 5 Series and Mercedes-Benz E-Class. Volvo’s S70 was next with a 2.8 percent market share and the Jaguar XF followed with 2 percent.

“Convenient cars including hatchbacks and small cars have been traditionally popular in the market,” said a spokesman of Hyundai Motor. “But since we can’t give up on the segment, we tried to build a large car to that was more practical and the result is the i40 sedan.” The i40 is not a premium model. It has sold somewhat better than the Genesis.

Industry analysts say brand loyalty for the three German brands that have led the industry for more than 50 years is very high and Korean automakers such as Hyundai and Kia Motors will have trouble overcoming that. But looking at the history of Audi, which has a shorter history than BMW and Mercedes-Benz, Koreans might find a solution.

Audi has been successful with slimmed-down, fuel-efficient cars. It also developed the four-wheel Quattro driving system with the TDI engine developed in-house.

“Hyundai Motor says it developed the i40 as a practical sedan to target Europe’s mid-sized to large sedan market, but the problem is that it doesn’t satisfy European consumers who have fastidious taste about cars and who are already conditioned to German brands that offer trend-setting designs and reasonable prices. The question is whether Hyundai can do the same thing,” said Park Jae-hyun, a car columnist.

“One good sign is that the company was successful in developing a luxury brand image with the Genesis in the U.S. market.

“But it will need additional strategies to build that identity in Europe.”