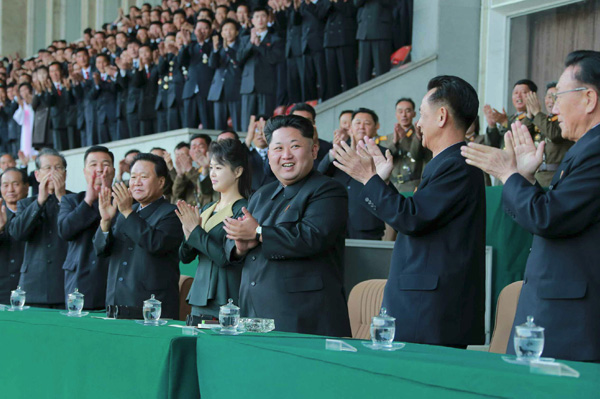 North Korean first lady Ri Sol-ju, center, claps next to her husband Kim Jong-un at a football match Monday at the Kim Il Sung Stadium in Pyongyang. It was Ri’s first public appearance in four months, since her last outing in December to attend a ceremony marking the fourth anniversary of the death of her father-in-law, Kim Jong-il. Ri was seen wearing her wedding ring in this photo featured Tuesday in the state-run Rodong Sinmun. Kim appears to be wearing what looks to be a luxury brand Patek Philippe wristwatch. In front of him is an ash tray, an implication that Kim is still a smoker. [Rodong Sinmun]