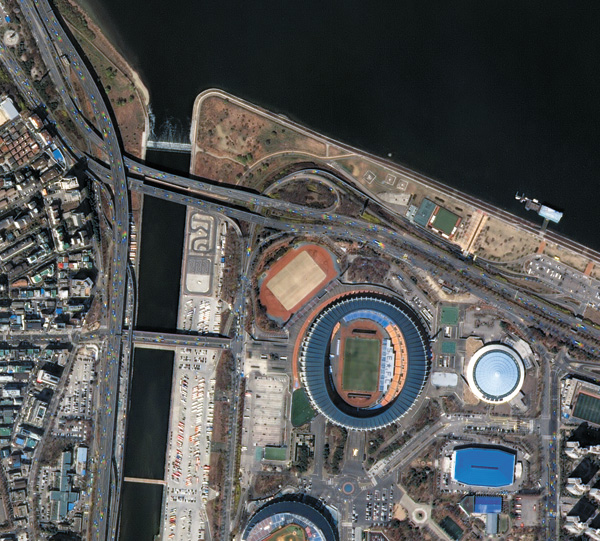 A satellite image of the Jamsil Sports Complex’s main stadium, taken by Arirang 3A, was released Tuesday. For the first time since its launch last month, the Korea Aerospace Research Institute released photos captured by the multipurpose satellite from 528 kilometers (328 miles) above the ground using the best optical camera with the highest resolution in Korea. Provided by the Korea Aerospace Research Institute