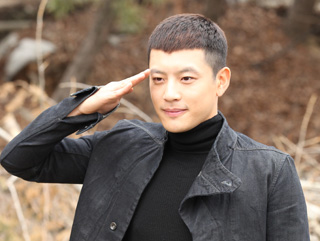 Singer-dancer Seven has chosen the musical “Elisabeth” as his first work since being discharged from the military in December.

The 30-year-old musician will replace Kim Jun-su, a member of K-pop trio JYJ, to play the role of Death in the show at the Blue Square in Hannam-dong, central Seoul, on June 13.

According to Robert Johanson, the director of “Elisabeth,” Seven not only showed great singing and dancing skills, but also dressed up very appropriately to act as the character during the audition.

EMK Musical Company, the producer of the show, said through a press release that Johanson felt Seven was already the character Death when he came to the audition.

“Elisabeth” is the first musical performance that Seven will be taking part since his debut in 2003.

His comeback is drawing attention as it is his first gig since he parted ways with YG Entertainment, the talent agency he was signed up to for the past 10 years.

The musical will be the first time for Seven to perform almost two years after his 10th anniversary concert on Oct. 3, 2013. By Jin Min-ji