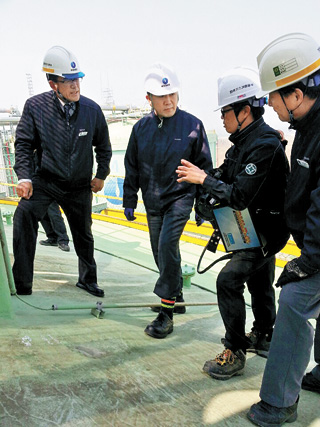 Korea Gas Corp.’s LNG tank in Samcheok, Gangwon, is the world’s largest with a roof.Provided by the company

Korea Gas Corp. (Kogas) said Wednesday it has succeeded in putting a roof over the world’s first and largest liquefied natural gas (LNG) tank with a containment capacity of 270,000 kiloliters. Samcheok, Gangwon.

It is constructing three of these tanks.

Lee Jong-ho, acting CEO of Kogas, has been emphasizing the safety of the gas facility. On Friday he visited the Kogas operation in Incheon, where he was briefed on the safety management system and inspected the production plant and storage tank. 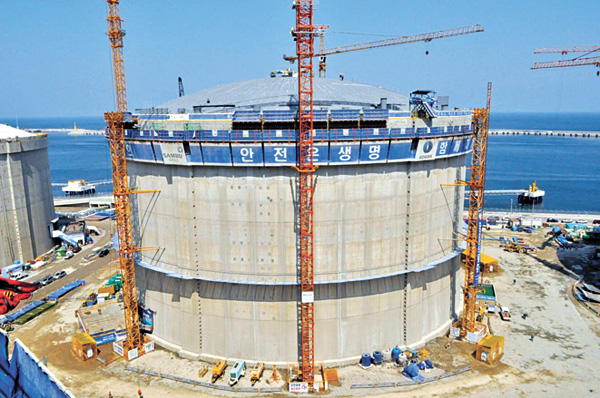 “The Incheon facility is not only close to the inner city of Incheon, but also there is a large population in the surrounding areas, including Songdo,” said Lee. “As such we have to take extra care on our safety management and protecting the environment.”

On the ISRS-C index that assesses a company’s safety culture, Kogas last year received 6.7 points, compared to the national average of 4.8 percent.