Starting pay at SMEs falls in 2015

Starting pay at SMEs falls in 2015

No one’s completely satisfied with the paycheck they get, especially people who work at smaller Korean companies. This year, the average starting salary of employees at conglomerates was 50 percent higher than for people starting out at small and midsize companies, according to data provided by a job search portal.

The average annual salary for new recruits at chaebol was 37.7 million won, 12.8 million won or 51.5 percent more than the 24.9 million won offered their peers at small and midsize companies, a survey by Jobkorea of 404 companies showed Thursday.

Data showed that the gap between conglomerates and SMEs grew since a year ago, when the salary difference was 11.3 million won.

The average annual salary of employees starting at companies of all sizes fell 3.2 percent compared with the previous year, or 1 million won less. The decline was mostly due to shrinking starting salaries at small and midsize companies. 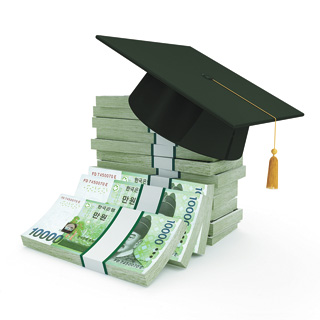 In fact, the pay at conglomerates, foreign companies and even state-run companies all rose.

At conglomerates, the starting pay rose 1.8 percent year-on-year. Foreign companies saw the biggest increase as they expanded 4.4 percent, while pay at public companies was 4 percent higher.

Broken down by industry, the finance sector offered the highest starting pay of over 40 million won while the lowest on the list was pharmaceuticals at only 29.7 million won.

The survey is based on starting salaries for male newbies who graduated from four-year colleges. It does not include bonuses or incentives.

The salary gap is likely to grow as Asia’s fourth-largest economy continues to struggle and the job market remains in a prolonged slump, analysts said.

“Salaries are reflections of the company’s performance. SMEs are more vulnerable in weak economic cycles than bigger companies,” said Byeon Ji-seong, a Jobkorea spokeswoman. “We will also see growing differences in the number of new recruits between conglomerates and SMEs, too.”

The average starting salary at all firms surveyed was 30.5 million won, down 3.2 percent from last year’s 31.5 million won.

Among conglomerates, financial firms paid the most, with an average starting salary of 40.8 million won, followed by automakers’ 39.9 million won and shipbuilders’ 38.4 million won.