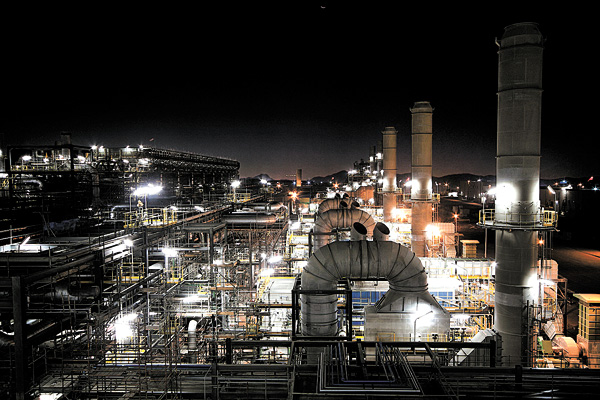 Hyundai E&C has been signing major project contracts in the Middle East. Construction is underway in 15 countries, including the United Arab Emirates. Provided by the company

Hyundai Engineering and Construction (E&C) expands business in the Middle East as a forerunner in Korea’s overseas construction scene.

Last February, the company signed a construction agreement in Karbala, Iraq, a city 120 kilometers (74.5 miles) south of the country’s capital, Baghdad. The event marked the beginning of the Karbala oil refinery construction project, which is funded by Iraq’s State Company for Oil Project.

Valued at over six trillion won ($5.4 billion), the construction will be carried out as a joint venture of four Korean companies: Hyundai E&C, GS Construction, SK E&C and Hyundai Engineering. These conglomerates are committed to working together to continue to reap success in the Middle Eastern market.

For Hyundai E&C, business in this region is not a new challenge. In 1965, the corporation became the first Korean construction company to operate overseas. 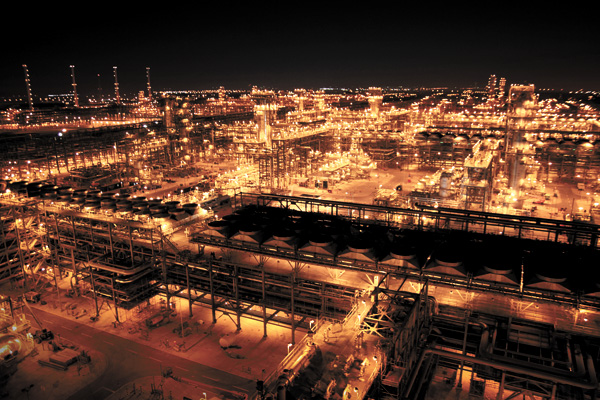 Hyundai E&C has been signing major project contracts in the Middle East. Construction is underway in 15 countries, including the Saudi Arabia. Provided by the company

Ten years later, a branch was set up in Iran, marking the company’s entrance into the Middle Eastern market.

Shortly after, deals were made for a shipyard project in Bandar Abbas, Iran, and an industrial port in Jubail, Saudi Arabia. Up to now, the company has participated in 48 projects in 15 countries, with contracts totaling $66 billion in the Middle East alone.

In fact, the company did much more than simply go abroad faster than other local constructors. In 2010, it was the first among Korean construction companies to surpass $11 billion in contracts per annum.

The key to Hyundai’s regional success has been tackling projects that other Korean construction companies were often reluctant to take.

Whereas other companies competed mainly for contracts for industrial plants, Hyundai E&C opted to secure a portfolio that showcases a diverse range of experiences. Nuclear power plants, ports and other major infrastructure like malls and hospitals were built by the company, all across the world.

Hyundai’s drive towards diversification did not stop in the Middle East. The company continues to expand into new markets, ranging from countries in South America such as Chile, Colombia and Venezuela, to countries in Africa like Uganda.

The company seeks to eventually do business in Europe as well.

In July 2013, contracts were signed for building the world’s first large-scale cable-stayed suspension bridge in Turkey. Company officials believe that demonstrating their competence through this national project will ultimately contribute to paving a smooth and promising path to other opportunities in the European market.

Even better news was waiting for the company later that year, as the revenue from overseas contracts surpassed the 100 billion dollar mark in November.

As the company continues to grow in the Middle East, Hyundai E&C’s achievements prove their competitive edge of experience and competence. Furthermore, the most recent project in Iraq will serve as evidence that the corporation is setting new standards for constructors in Korea, as active cooperation and collaboration will become vital for companies working in foreign markets.