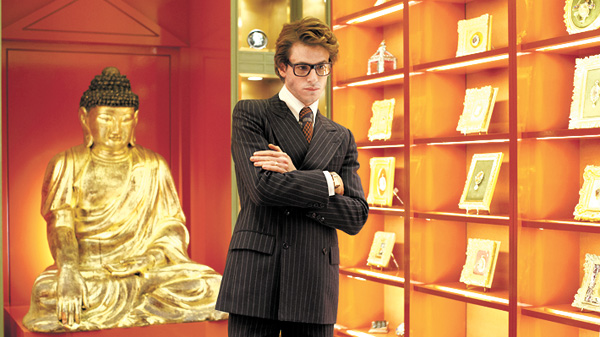 More of the eccentric and decadent aspects of Laurent, an iconic figure in the style world who worked as a chief designer at Christian Dior from the age of 21, are revealed in this film.

The movie refuses to follow the traditional format of a biopic - telling already known facts - and instead zones in on the genius designer’s “unknown world.”

On top of that, the film implements vibrant colors and dreamy aesthetics, which the viewers will find interesting and amusing.

Directed by Bertrand Bonello, the film focuses on the dark aspect of Laurent whose love for alcohol and beautiful things deteriorated his mind and led him to depression.

In the fashion industry, Laurent is well-recognized.

But at home, the young man suffers from depression, loneliness and the agony of creating art.

French actor Gaspard Ulliell from “Hannibal Rising” (2007) and “Paris, Je T’Aime” (2006) takes on the role of the fashion designer who brilliantly oozes that artistic crooked genius’ ambience throughout the film.

It is the second movie about Laurent to be released in less than six months as “Yves Saint Laurent” directed by Jalil Lespert opened last year. 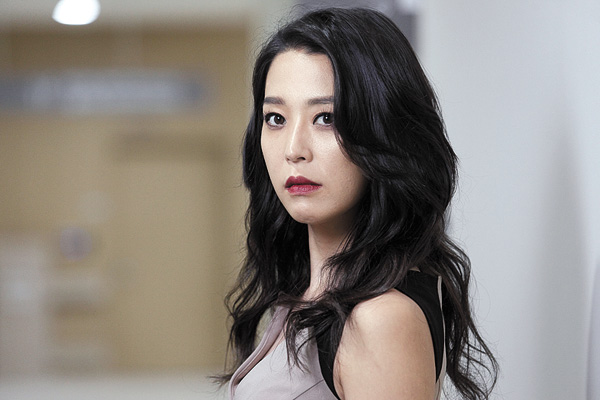 A string of horror movies have arrived in theaters, earlier than usual as they normally come out during the summertime.

One of the earliest releases is local movie “Black Hand” with actress Han Go-eun in the titular role.

Han plays Yoo-kyung, an aspiring doctor and at the same time a very supportive girlfriend to one of her colleagues, Jung-woo, who is played by Kim Sung-soo.

However, due to an unexpected accident, she confronts a situation where she may not be able to use her hand anymore - a critical flaw for a surgeon. In a quick response to the situation, her boyfriend Jung-woo - who is also an incredibly talented surgeon - fixes it for her.

It seems like the surgery went well, but the audience can feel that something strange and horrifying is about to happen.

Bizarre things start to happening to Yoo-kyung’s hand and she feels like someone else, such as a regretful ghost, is controlling it. 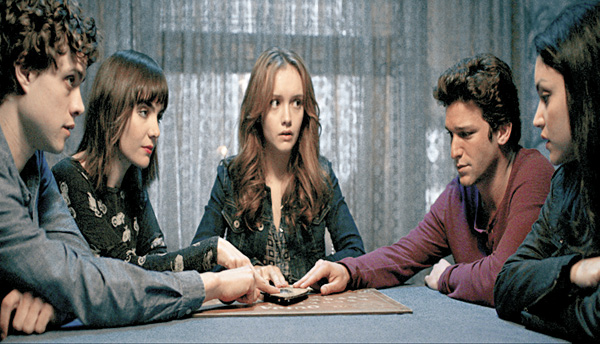 In 2004, there was a groundbreaking Korean horror film titled “Bunshinsaba” in which a ghost or a spirit is summoned if a game is played.

The unique concept made the film a box office hit and generated a spin-off version years later.

The upcoming movie “Ouija,” which already proved its quality as a spine-chilling horror by topping the U.S. box office for two consecutive weeks, can easily be considered a Western version of “Bunshinsaba.”

However, a similar plot doesn’t mean it will elicit less thrills.

The film starts with Laine, played by Olivia Cooke, lamenting over her best friend Debby’s death.

Determined that the mysterious Ouija game has something to do with Debby’s horrendous suicide, Laine decides to get to the bottom of it and decides to play the game as well.

However, there is one rule in the Ouija game that must be kept - don’t ever play it by yourself.

Laine and a few more of her friends team up to play the Ouija board game and the jump-scare adventure begins.

Interest in stories about the older generations has increased lately, as shown in the recent nostalgia boom that swept the nation over the past few months.

The upcoming release “Salute D’Amour,” directed by the illustrious Kang Je-kyu of “Swiri” (1999) and “TaeGukGi: Brotherhood Of War” (2004) seems to be continuing the trend by depicting the love story of an elderly couple.

The film introduces the viewers to Seong-chil (Park Geun-hyeong), a bullheaded man in his 70s who lives alone. He never acts kindly to customers nor to the younger employees, but he has his own charms that draw people in.

One day, Geum-nim (Yoon Yeo-jeong), a flower shop owner, moves into the neighborhood and tries to befriend Seong-chil.

Her sometimes straightforward and sometimes shy attitude confuses Seong-chil. But after overcoming several funny obstacles, they become each other’s sweethearts.

The film zones in on the two spending time together on ordinary dates that younger people go on such as at an amusement park and a Western-style restaurant.

Seong-chil’s clumsy yet genuine expression of love will arouse both laughs and empathy from young and old viewers because when it comes to love, we are all the same.

The Disappearance of Eleanor Rigby: Them (15)

There are two sides to every love story.

And in this debut feature by New York-based director-scriptwriter Ned Benson, both are meticulously depicted.

Originally written and made into two separate 90-minute versions with subtitles, “Him” and “Her,” the “Them” version incorporates the two different perspectives into one, flitting back and forth between different scenes from the two original movies.

The movie starts out at a time when two lovers - Eleanor (Jessica Chastain) and Conor (James McAvoy) - start to feel estranged from one another.

A minor misunderstanding leads to bigger problems, ending up in a catastrophic situation that seems impossible to fix, no matter how much they try to retrieve their past happiness.

And as the title suggests, Eleanor disappears and goes back home.

Flashbacks of when they first met and fell in love with each other makes the story even more heart-rending.

“Furious 7,” the much-anticipated latest installment of the action franchise, takes the viewers through the usual speedy and dynamic car racing and crashing. Although the series is already in its seventh round, it topped the local box office in its opening weekend last week.

Taking place in Abu Dhabi and Los Angeles, the film is full of supercars flying in and out of skyscrapers and in the desert.

It includes pretty much everything that won the franchise immense popularity in the first place.

While not much has changed, action star Jason Statham is the wild card in the seventh installment, playing the powerful villain Deckard Shaw, who fights alone against the familiar gangsters led by Dominic (Vin Diesel).

Although Paul Walker, the star of previous installments, died halfway through filming in a car crash off set in 2013, the blockbuster was completed successfully with his brother Cody Walker replacing the vacancy.