Film peeks inside a ‘Salesman’ cult

Film peeks inside a ‘Salesman’ cult 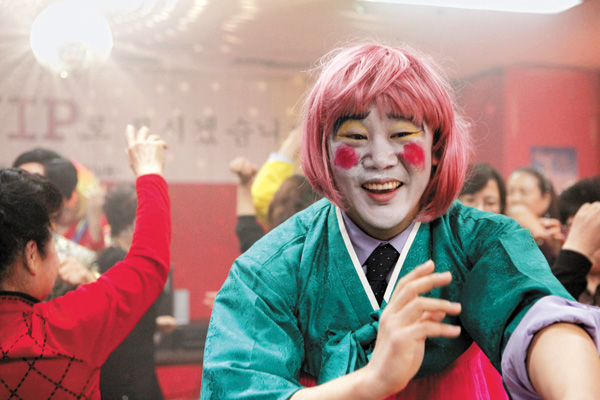 In a scene from the new movie “Clown of a Salesman,” Il-beom, played by actor Kim Il-kwon, right, dances with older women. He joins a group that provides entertainment in order to manipulate these women into buying everyday goods at exorbitant prices. Provided by Daemyung Culture Factory

Inside a closed room, young men sing and dance in front of much older women, who sit laughing and clapping with delight. At the end of the day, the women leave with their hands full of items bought from the performers at exorbitant prices.

This set up is referred to as a hongbokwan or tteoddabang in Korea. The companies that operate them lure in young people devoid of opportunities with promises of a good job.

The workers are then indoctrinated and given basic consumer merchandise like vitamins, socks and wallets to sell - and get rich.

While accusations that these companies brainwash or take advantage of their employees are abundant, there is also criticism that the customers are manipulated in the process.

Director Jo Chi-un tackles the problematic issue in his movie “Clown of a Salesman.”

But instead of treating the phenomenon as a social evil, the film traces the story of a desperate younger man and an older woman who meet through one of the rooms.

Il-beom, played by Kim Il-kwon, is a hard worker who takes on daily labor when he can. But he is not paid enough to afford the hospital fees for his sick child, not to mention the unpaid rent piling up.

With few options left, Il-beom starts to work at a tteoddabang. He seems satisfied with the job, although sometimes he has to sacrifice his self-respect to convince the older women to buy his products.

One of the regulars at the institute, Ok-nim (Lee Ju-sil), has a successful but very busy son who gives her a monthly allowance and thinks his job is done. But at the tteoddabang she feels alive and spends hours chatting with Il-beom, who even celebrates her birthday with her.

Director Jo wanted to make the film in order to spotlight the oft-ignored positive aspects of the rooms.

“My aunt is an ardent fan of these institutions,” said Jo. 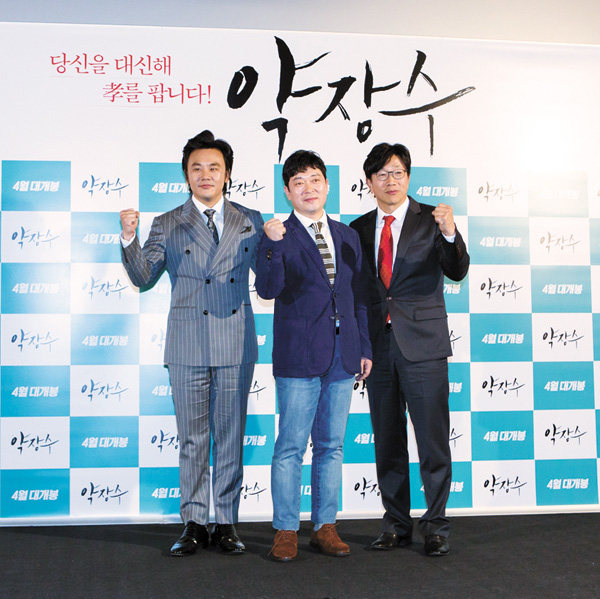 “When my grandmother died, we found a huge load of stuff she bought from there in her closet. I wondered what made her go to this place despite all the opposition from family? After researching, I realized these rooms had some positive effects,” he said during a press conference earlier this month at Yongsan CGV in central Seoul.

Actor Park Chul-min plays the money-grabbing owner of the room, Cheol-jung. His sympathy for older people in Korea led him to play the role without a guaranteed fee.

“Elders want to feel happiness, sadness and liveliness,” Park said. “But society doesn’t allow them to do so, which is why I think such a controversial venue emerged.”

To add realism, Jo included many elements he actually saw while conducting on-site research for the film. Additionally, the film was shot in an existing tteoddabang in Incheon. Many people attending the rooms actually appear in the movie as extras.

“Many scenes in the film show what actually happens there, although there was some exaggeration in order to make it more dramatic,” the director said.

The film opens on Thursday.