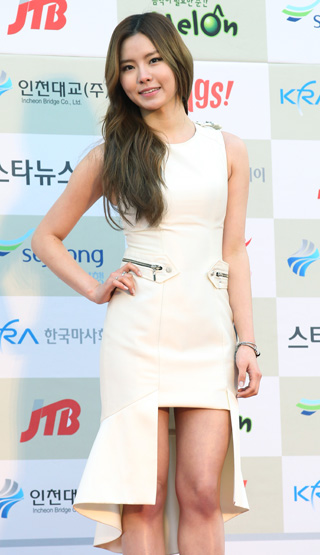 Lim Kim, a singer who gained fame on season three of the survival audition program “Superstar K,” will be releasing her third mini-album “Simple Mind” at the end of April.

Mystic89, Kim’s agency, released a teaser image of Kim through the star’s Facebook page on Thursday and said she will be releasing her album on Thursday.

In the image, Kim has blonde hair, heavy make-up and is wearing a revealing dress, which contrasts with her previous teaser images.

“Simple Mind” conveys the message that it seems very difficult and complicated for men and women to get to know each other, but actually it is very simple if they become honest with their feelings.

She has been honored with several prizes such as the Melon Music Award in 2013 and was recognized at the Golden Disk Awards, a Korean award show annually presented by the Music Industry Association of Korea, last year.