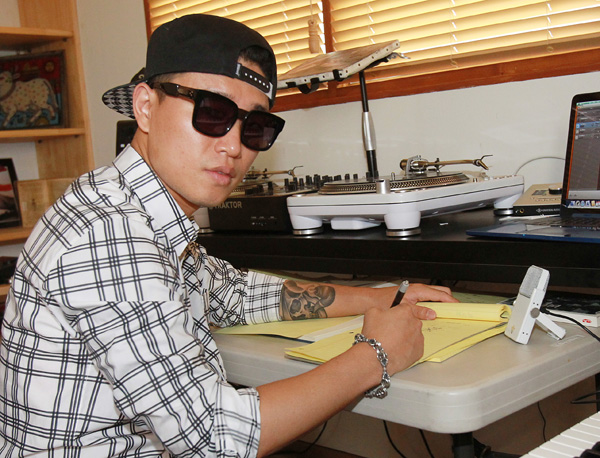 Gary, a member of the hip-hop duo Leessang, has been selected as the first Korean model for QQ International, China’s biggest message application with 800 million users, said the rapper’s agency, Leessang Company, on Thursday.

Gary worked with top stars in China on the project, such as Zhang Liangying.

“The shoot was completed in Shanghai on March 22. We are very proud that Gary modeled in the advertisement as the only Korean along with three Chinese stars,” said Leessang Company.

“We selected Gary not only because of his popularity in China, but because we are also interested in his music,” explained QQ International.

“We discovered so many of his talents while shooting the advertisement and we want to continue a great partnership with Gary.”

In the ad, Gary acts as a friend of the three Chinese models. Although one wanted the others to come to his birthday party, they could not meet because of their busy schedules.

Instead, the four meet through a video call using QQ International.

In addition to this, Gary has performed at solo concerts in Hong Kong, Singapore, Guangzhou in China and Macau since the second half of last year, building a firm status as an artist in those places.