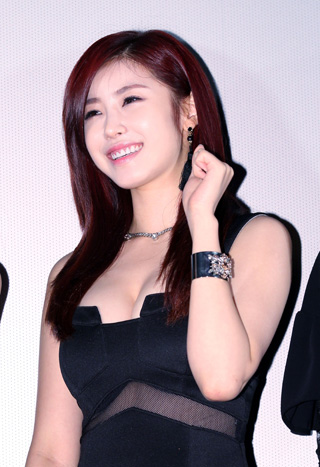 Jeon Hyo-sung of the girl group Secret will release a solo album next month, according to Jeon’s agency, TS Entertainment, on Thursday.

Jeon released her last mini-album “Good-Night Kiss” last May, which had three songs, but this new album contains five.

It was produced by Duble Sidekick, the Korean music producer behind several popular songs such as girl group Kara’s “Day & Night” and Sistar’s “Give It to Me.”

“Jeon has prepared for one year for the upcoming solo album,” said TS Entertainment.

“Along with the improvement of her singing skills, she will be showing different attractions that were not seen when performing as a Secret member.”