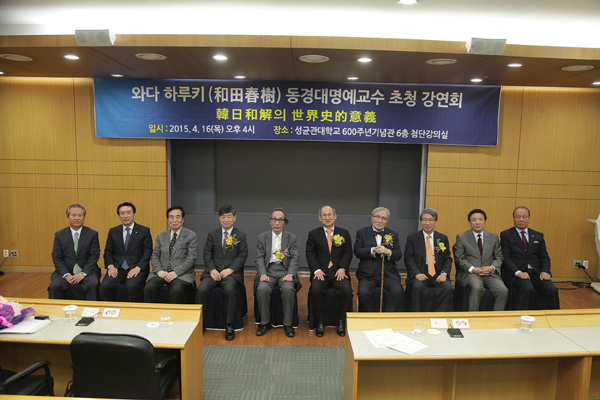 Haruki Wada, fifth from left, a 77-year-old professor emeritus at Tokyo University, gave a special lecture on Thursday on the friendly relationship between Korea and Japan in the context of world history at Sungkyunkwan University in Seoul.

Wada argued that the historical disputes between Korea and Japan may not be settled without first resolving the “comfort women” issue.

Provided by the university