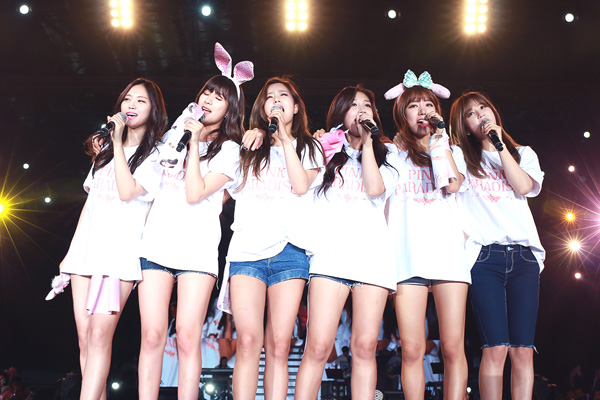 Girl group Apink released the new album “Pinky Finger” at midnight on Sunday, marking the fourth anniversary of their debut.

The girl group released a teaser video through their official YouTube channel on Friday.

The new song was composed by Jung Eun-ji, Apink’s main vocalist. According to A-cube Entertainment, the group’s agency, the song delivers a promise the members want to make to their fans. They did not specify what the promise was.

Apart from releasing an upcoming new album, the girl group held their first concert, “Pink Paradise,” in January and also threw their first overseas concert in Singapore in March.

The girl group is planning to release their third album in Japan in May, branching out abroad further.

In addition to performing as a group, the members of Apink have been taking part in solo activities.

Jeong acted in the popular drama series “Reply 1997” (2012) and Son Na-eun appeared on season four of “We Got Married,” an MBC entertainment program that pairs celebrities up to show what their fictional marital life would be like from 2013 to last year.