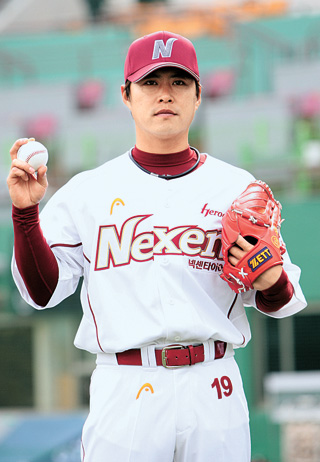 Nexen Heroes pitcher Song Shin-young played mainly as relief pitcher or closer throughout this career. The last time he stepped on the mound as a starting pitcher was on May 17, 2008, against the Lotte Giants.

But on Sunday’s game against Kia Tigers, the 38-year-old right-hander started and collected his first win of the season. The victory was his first as a starter since 2006.

In 6 and 2/3 innings, Song allowed only one run with three hits, while there were no base-on-balls.

Prior to Sunday, many doubted whether the aging pitcher could perform like the old days. In fact, the 15-year KBO veteran started this season from the minors. But now with his impressive performance, fans might see him start regularly.