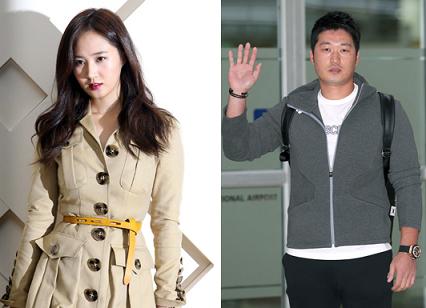 Yuri from the girl group Girls’ Generation and Hanshin Tigers pitcher Oh Seung-hwan, who is seven years her senior, have officially acknowledged their relationship, the singer’s agency said Monday.

“According to Yuri, they met at a gathering of friends and acquaintances late last year and their relationship developed since November,” SM Entertainment told Sports Today.

Girls’ Generation released “Catch Me If You Can” on April 10 and the group has held several performances since. Oh, 32, signed a two-year contract in November 2013 with the Hanshin Tigers, a Nippon Professional Baseball team.

The pitcher began his career with the Samsung Lions in 2005, and since then played as a member of the national team. He participated in the World Baseball Classic three times as well as at the 2008 Summer Olympics in Beijing.