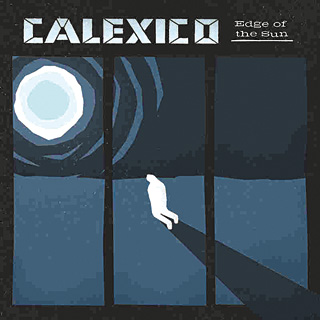 “Edge of the Sun”

The ninth studio album from the Tucson, Arizona-based Calexico is a sonic road trip through the American Southwest, the roots of rock ’n’ roll, the music of Mexico and more.

There has always been a strong Latin strand to the band’s country-tinged indie rock. “Edge of the Sun’’ is partly inspired by time spent in Mexico City, so Cumbia and mariachi sounds mix with the guitar and pedal steel.

Mexican sounds assert themselves on “Cumbia de Donde,’’ the instrumental “Coyoacan’’ and the brooding “Beneath the City of Dreams,’’ culminating in a trip to the U.S. heartland with “Woodshed Waltz.’’

Through it all, Burns’ weathered, wistful voice lends the songs a sense of restless yearning. At its best, the music on “Edge of the Sun’’ is retro, modern and timeless. AP