The parents of the Sewol victims are not asking too much

The parents of the Sewol victims are not asking too much 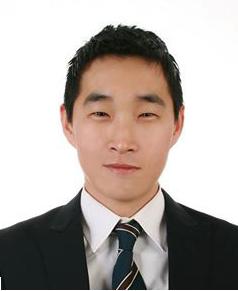 One of the basic pillars of democracy is that leaders mediate social discord. That’s why they’re elected: to help achieve social unity. While that process may take longer and be less efficient than decision-making under an authoritarian regime, it’s what makes democracy superior to authoritarian rulings. It cares about the people.

A president’s greatest responsibility is to listen to the grievances and demands of the people and apply them to the course of government policy.

In that regard, President Park Geun-hye has completely failed to listen to the grievances of the Sewol victims’ families, who want a credible investigation into the root causes of the country’s worst peacetime disaster and the botched rescue mission that allowed so many people to die.

The government just told them to buzz off.

That’s why people took to the streets on the first weekend after the first anniversary of the tragedy. The police mobilized 13,000 uniformed men to quell demonstrations calling for an independent investigation. They used pepper spray and water cannons against protestors, some of whom were the parents of 11th graders who perished on the ship because they obeyed orders to stay in their cabins.

The police took about 40 parents into custody, including Kim Young-oh, the father of young victim Yu-min, who endured a 46-day hunger strike and was consoled by Pope Francis when he visited last summer.

How is it that the Argentinian head of the Catholic Church has managed to console Kim ? and the Korean president hasn’t?

Some outside groups with political motives joined the rally and chanted “Oust Park from office,” which was regrettable. But the brunt of responsibility to end the ongoing conflict with the families is Park’s.

Critics of the families say they are asking too much and will never be satisfied, even when Park promises an independent investigation.

But they are hardly asking for much. They just want the truth behind their children’s deaths.

And they have good reason to distrust Park’s assurances and to suspect that a government investigation may try to whitewash its own failures.

It was entrenched corruption among official regulators and shipping lines that led to the overloading on the ferry that probably caused its sinking, claiming the lives of 304. And it was the government itself that failed to rescue many passengers even though the ferry took hours to sink.

To simply believe the government’s promises is far from easy after decades in which democratic principals were often sidelined, such as the separation of power among three branches, in the country’s rush for economic growth. To say this time will be different, in that there will be no government interference in the investigation, seems unlikely given past incidents.

Aside from the Sewol imbroglio, the Park administration is facing a corruption scandal that implicates all three former and incumbent presidential chief of staffs as well as the sitting prime minister. Seven of the eight political bigwigs now targeted for prosecutorial investigation for corruption played pivotal roles in Park’s presidential victory in 2012.

The families can’t trust an investigation headed by a special committee on which key positions will be given to government officials as per a ministry ordinance proclaimed last month.

President Park said in her speech on the first anniversary of the sinking at Paengmok Harbor that she is fully aware of the suffering of losing one’s family members and how long-lasting such suffering is. Both of her parents were assassinated when she was in her 20s.

But with her government stubbornly refusing to listen to the victims’ families, Park’s words sounded hollow. It is now time for her to be a leader and put some actions behind those words.