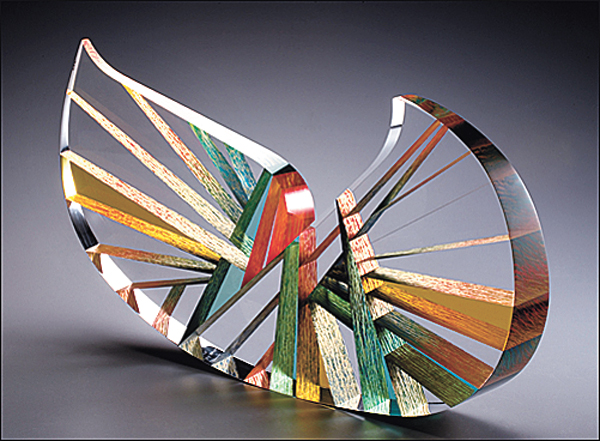 THE STORY OF BOHEMIAN GLASS

To Sunday: In “The Story of Bohemian Glass,” visitors can explore the Czech Republic’s glass art, which spans from medieval times to now.

About 340 intricate pieces are on display, many of them flown in from the National Museum, Prague, and the Museum of Decorative Arts.

The items show the abundant number of ways glassware can be presented using various color techniques. Among the exhibits, the 14th century “Stained Glass Window with Apostle” is believed to be the oldest stained glass remaining in the European country today.

Admission is free. The museum closes every Monday. Opening hours are extended on Wednesdays and Saturdays to 9 p.m. Go to Ichon Station (line Nos. 1 and 4), exit 2.

To Sunday: Choi Byung-so’s solo show features 15 pieces that are difficult to categorize as either drawings, sculptures or installations.

According to the gallery, the 72-year-old artist began to “erase” newspapers in the 1970s by repeatedly drawing lines on them with pen, finally covering them completely and then re-covering them in pencil - an artistic protest against the military regime’s press censorship.

Choi then became interested in the fact that the newspapers, when covered with pen, often tore, becoming crumpled and three-dimensional. They “transform into an entirely new material,” Arario said.

To May 17: Italian artist Novello Finotti’s solo exhibition features 38 sculptures made primarily of marble and bronze. Finotti’s works, which are figurative and largely based on the human body, appear to be deeply rooted in a tradition of Italian sculpture spearheaded by masters such as Michelangelo and Antonio Canova. At the same time, Finotti’s repertoire spins stories full of complicated, symbolic layers with a fusion of mythology, literature and modern history.

Admission is 9,000 won ($8.13) for adults and includes admission to Seokpajeong behind the museum that was once the summer residence of King Gojong’s father.

To May 20: Korean artist Lee Wan, 36, the first winner of the ArtSpectrum Award by the Leeum, Samsung Museum of Art, is holding a solo show titled “Silence in Between.” He presents two video pieces among his “Made In” series, which brought him the prize last year, as well as other works ranging from a painting to a collection of found objects.

All these works raise questions about the capitalist system, especially in Asian countries including Korea that went through colonization and liberation in the early 20th century.

“Made In” is a series of documentary films in which the artist produces several consumer goods that are commonly produced through the division of labor in present capitalist economies.

Admission is free. The galley is closed on Sunday. Go to Apgujeong Rodeo subway station, Bundang Line, exit No.5 and walk for 10 minutes.

To May 25: An in-depth, large-scale retrospective of Park Hyunki (1942-2000), considered to be one of the Korean pioneers of video art along with Nam June Paik, is currently showing at the Museum of Modern and Contemporary Art, Gwacheon. Unlike the U.S.-based Paik, who was active outside of Korea and only became involved in the local scene from the mid-1980s, Park has been experimenting with video inside the country since the late 1970s.

To May 25: The exhibition features about 200 photographs by Linda McCartney (1941-98), better known as music legend Paul McCartney’s first wife.

This is especially shown in the exhibition’s “Chronicler of the Sixties” section, which contains portraits of iconic musicians, including Jimi Hendrix.

In another part of the show, “Family Life,” the artist captures touching scenes from the everyday life of her own family.

To May 31: A museum operated by Kim Dal-jin, the pioneering curator of modern and contemporary Korean art, has relaunched after it finally found a new site in Hongji-dong, central Seoul. The reopening show displays 250 highlights from the museum’s vast archive. One is a rare book about a 1918 exhibition of the Korean ceramics collection at the Victoria & Albert Museum in London. 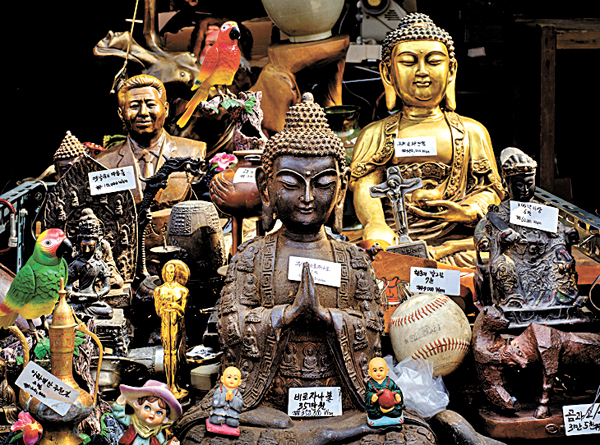 Most of the pieces on show have magical realist tones, including those by Polish artist Wilhelm Sasnal, British artist Lynette Yiadom-Boakye and U.S. artist Hernan Bas. They are mostly landscapes and portraits of images that can be seen in reality but are simultaneously improbable or have mysterious details. 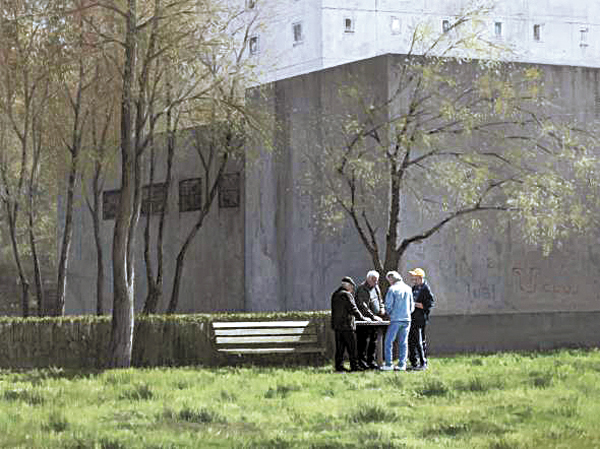