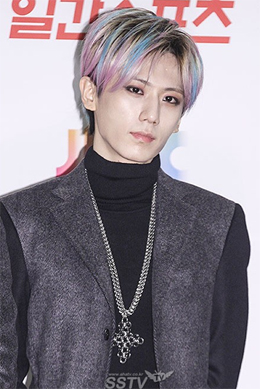 Beast’s Jang Hyun-seung will release a solo album, according to a teaser image released by his agency, Cube Entertainment, on Monday.

“2015. 05. Coming Soon” is written on the image, which was released through Cube Entertainment’s official social media account.

Jang is currently putting the final touches on his album and although the specific date of release is not clear, the album is planned to come out in May, according to the agency.

The lead vocalist of the boy group has been largely loved by the public for his attractive voice and skillful performances.

Although it is the first time for him to release a solo album, he has collaborated on projects outside of the group in the past such as in the duet “Trouble Maker” with Hyuna of a girl group 4Minute. By Jin Min-ji