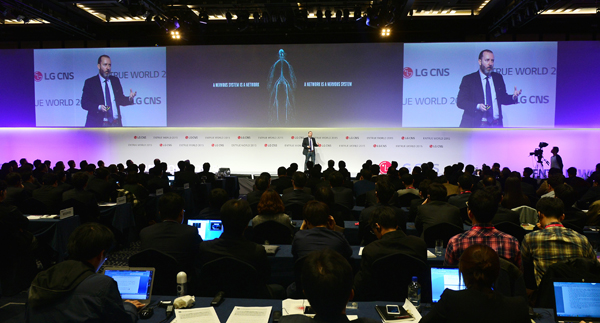 Kevin Ashton, who is known for inventing the term Internet of Things and co-founder of Massachusetts institute of Technology’s Auto-ID Center, speaks at the IT conference Entrue World 2015 on Tuesday at the Grand Intercontinental Hotel in Samseong-dong, Gangnam District, southern Seoul. At the event organized by LG CNS, Ashton talked about the need for companies to adapt to the change that the IoT will bring. [NEWSIS]