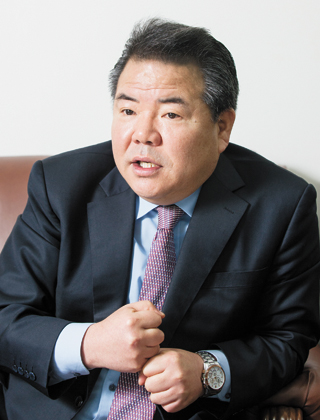 Small companies in Korea have often had a hard time getting paid, but a new payment system promises to make things easier.

If the first-level suppliers did compensate their subcontractors, it was often with promissory notes rather than cash. If the subcontractor had high credit, they could exchange these notes at the bank at a reasonable rate. But as many small companies have low credit, the banks charged a high commission on the transaction. As a result, those subcontractors often fell into debt.

Under the Park Geun-hye administration’s mission of boosting small and medium enterprises as part of its efforts to reinvigorate the nation’s export and local economies, the nation’s 10 largest conglomerates, banks and the government gathered on April 1 to launch a more transparent payment system.

The result is the so-called Mutual Growth Payment System, a method of electronic payment that cuts commissions by simplifying the process.

In association with major commercial banks, the system also enables subcontracting companies to change promissory notes directly into cash with a substantially smaller commission. In cases where these low-credit companies are subcontracted to supply a conglomerate, the system allows those companies to borrow money from the bank at the corporate interest rate given to the conglomerate, which is often much lower than the rate that the small company would receive.

At the center of the innovation, there is a small IT-finance company called Korea Electronic Finance Clearing Institute (Kefci).

“I thought this should be done by someone because it helps the public good, allowing small companies to be fairly compensated and procure the money they need at a lower commission,” Rha Moon-soo, CEO of Kefci, said at a recent interview with the Korea JoongAng Daily. “In addition to correcting the ills done by first-level suppliers, I thought that if the small subcontractors had more liquidity, this would eventually strengthen the entire nation’s small and midsize companies.”

Eight years later, the nation’s largest conglomerates and commercial banks have changed their whole payment system based on Rha’s plan.

Q. It must have been difficult to tackle these long-standing payment customs. What made you take the risk?

A. Many around me worried about this project, saying the entrance barriers would be too high. People said I was stupid, that this project is like building a house in an empty space. They said big-name companies wouldn’t accept the financial risks required whenever a new system is implemented.

And some pointed out this is something to be done by the government, not a private company. But I thought this should be done by someone, because it aims for public good.

In addition to correcting the unfair doings of first-level suppliers, I thought that small subcontractors having more access to liquidity would strengthen the entire nation’s small and midsize companies.

I didn’t think it was fair that subcontractors were burdened by being unable to receive fair compensation. So, I started convincing people around me, people like civil servants and office workers. Our project has been fully funded by these small shareholders and myself.

The company finished developing the technology in 2013, but it took a couple of years for the system to actually be implemented.

Because this payment system is an agreement between businesses rather than a law, there were no financial regulations to consider. Rather, the largest challenge for us was to convince people to invest and for the commercial banks to implement the system, because implementation costs were high.

When we first pitched the system, many banks said they agreed with the need for a new system but were hesitant because of those costs.

All the while, those small second- and third-level subcontractors were suffering to get the cash they needed to deliver their orders. I kept trying to convince them that somebody has to change things, and that this system would definitely change the entire business atmosphere in Korea. If the first subcontractors pay their subcontractors fairly, the second and third subcontractors can thrive in their business and the government can collect more in taxes.

Luckily, a manager at Woori Bank decided to accept our project. We started developing an electronic system that interlocks existing Woori Bank’s system and our payment system, which took almost two years. Recently all eight commercial banks have vowed to implement our system, six banks - Woori, Shinhan, Industrial Bank of Korea, Hana, Kookmin and Nonghyup - starting this month, Korea Exchange Bank starting in June and Standard Chartered in the latter half of the year.

How does the private sector feel about the project?

The second and third subcontractors like it, because they can receive loans to fulfill their orders with a lower interest rate.

The nation’s 10 largest conglomerates pledged they will implement the system in at least 30 percent of their relationships with subcontractors. This means that nearly 30,000 subcontracted companies can save on commissions, which will be reduced by up to 27 percent for second-level subcontractors and 49 percent for third subcontractors, according to a study done by Korea Institute for Industrial Economics and Trade.

Many companies like Samsung Electronics, Hyundai Motor Group and Lotte Group have recently agreed to transfer 100 percent of their subcontractor payment transactions to the mutual growth payment system. They like the system; it doesn’t cost them anything, but it improves their corporate image as an ethical company that strives for mutual growth.

The government likes it, too. The Fair Trade Commission and the Ministry of Trade, Industry and Energy first approached us to officially launch the system as part of the government’s anti-corruption and SME-boosting strategies. The Industry Ministry is pushing to legalize tax breaks to conglomerates and first-level subcontractors that implement this system.

What would you want to do in the future with this system?

We still have a long way to go. The payment system is only effective within the private sector, but I hope the public project procurement system - involving the central and regional government, as well as state-run companies - implements our payment method. Since many small companies and start-ups depend on government-led projects, the public sector’s implementation will create more synergy. I hope to pitch this idea in the latter half of the year.

Because only Asian countries, including China and Southeast Asian countries, have this unique payment system using promissory notes, they are my future export markets. We’ve started working on getting patents related to the system in a few Southeast Asian countries, and are currently in discussion with Chinese businesspeople to implement it. China is not only a large market with corresponding prospective clients, but also has a strong desire to reform the nation’s corruptive customs in both public and private sector.