A bribery scandal set off following the suicide of a national construction tycoon has shattered rising hopes that the next presidential seat could be seized by someone hailing from North or South Chungcheong, with allegations slowly engulfing the region’s political heavyweights.

The case was spurred by a 56-word memo found inside the trouser pocket of businessman Sung Wan-jong, the former chairman of Keangnam Enterprises, whose suicide earlier this month upended the political establishment.

The prosecutors’ special investigative team is primarily targeting eight seasoned politicians that include two former presidential chiefs of staff and Prime Minister Lee Wan-koo, who were listed on Sung’s note, implying that he had given them funds.

The situation took another turn Tuesday when Prime Minister Lee, the former South Chungcheong governor, offered to resign after just 62 days in office amid swirling accusations linking him to the late businessman, who told a local news outlet on the day he was found hanged that he had given Lee illicit campaign funds worth 30 million won ($27,690). 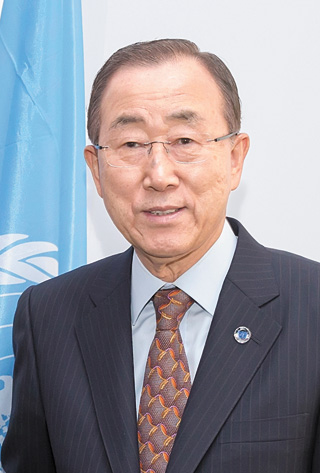 The scandal has touched not just Lee, who is currently awaiting President Park Guen-hye’s nod on his resignation, but also UN Secretary-General Ban Ki-moon, a North Chungcheong native who is thought to have had an amicable relationship with Sung despite his insistence on the contrary.

The prime minister also initially denied that he knew Sung and only met him a few times over the yearlong period when the late businessman served as a lawmaker.

However, evidence now points to the fact that the two had known each other for years.

Records revealing that the men exchanged more than 200 phone calls last year have also compounded suspicions that Lee was untruthful.

Confronted by opposition lawmakers about his denials, Lee attempted to fend off criticism by claiming there may have been some confusion about his relationship with Sung due to his Chungcheong dialect - an assertion that caught many, including his supporters in the region, by surprise.

“Problems began when Lee acted as if he didn’t know Sung that well,” said one ruling party lawmaker who represents a Chungcheong district and spoke on the condition of anonymity. “It was more about the trust issue than the alleged 30 million won bribe.”

Since being appointed prime minister, Lee has not shied away from being bold, a style that ran counter to his predecessor Chung Hong-won, who largely served a managerial role during his term.

Lee’s decision to take on a more active role also stoked expectations within the ruling party and among Chungcheong voters that he could emerge as a strong presidential contender in the 2017 race, a likelihood that has now dwindled.

Though the UN secretary-general never publicly declared his intention to run for office, the general assumption was that he would enter the political arena following the conclusion of his course with the United Nations.

In his interview with the Kyunghyang Shinmun prior to his death, Sung claimed that Lee was targeting him because of his support for Ban’s possible presidential aspirations.

In response to rumors over his relationship with the late businessman, Ban said he knew him but that they were not close. His remarks, however, have fallen far short of easing suspicions over the nature of their connection.

Kim Jong-pil, a two-time prime minister who hailed from Buyeo, South Chungcheong, came closest to the presidency of all the politicians from the region.

But he retired from politics in 2004 after a stint as kingmaker for two former presidents: Kim Young-sam in 1992 and Kim Dae-jung in 1997.