Tak agrees on his divorce settlement

Tak agrees on his divorce settlement 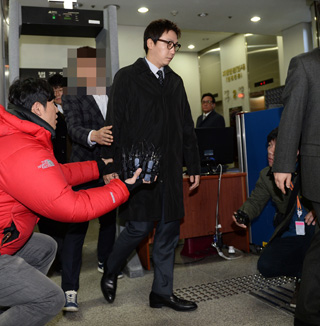 Entertainer Tak Jae-hoon, a former member of the singing duo Country Koko, has agreed on the divorce settlement with his former wife, Lee Hyo-rim, after the couple filed for divorce last May.

Tak and Lee brought the date of the settlement forward in order to lessen the pressure their two children are suffering due to their divorce, the entertainer told Yonhap News on Wednesday.

When asked about his plans on participating in TV programs, he mentioned that he has no plan to return to broadcasting programs so far.

Lee filed a lawsuit against Tak last Feburary citing that he had affairs with three women, which she said negatively affected their family.

The entertainer was sentenced to six months in prison with one year of probation for gambling in 2013.