Film market to see spate of sequels open in summer

Film market to see spate of sequels open in summer 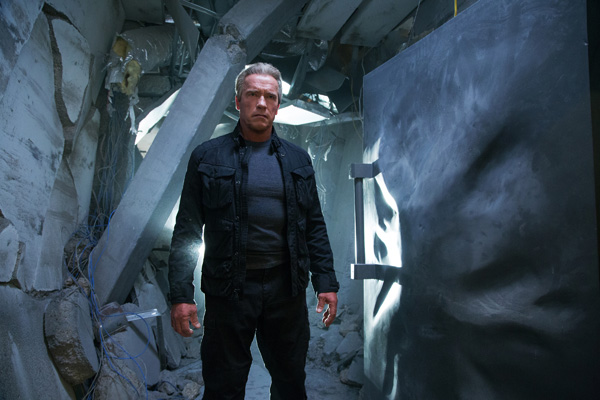 This image released by Paramount Pictures shows Arnold Schwarzenegger in “Terminator: Genisys,” the fifth film in the series. [AP]

NEW YORK - “I’ll be back,” the line Arnold Schwarzenegger first uttered more than 30 years ago in that indelible manly monotone, belongs to the Terminator, of course. But it also might as well be the official slogan of the summer movie season.

It’s the time of year when Hollywood’s older, reliable brands, with the tenacity of Schwarzenegger’s lethal cyborg, claw their way back onto the big screen in a popcorn parade of big-budget sequels, reboots and re-dos. That’s nothing new, but the extent of the sequel spinning is.

The sequel expansion - as headlong as Tom Cruise in the “Mission: Impossible” movies - runs in all directions, stretching into prequels, second-try reboots, spinoffs and franchises that are less linear, Roman-numeral progressions than (as in the brimming Marvel world) whole universes of overlapping characters: fantasy realms to visit, not just stories to follow.

To fuel the proliferation, Hollywood is dipping ever deeper into its vaults: Ten of this summer’s most anticipated blockbusters have origins dating back more than three decades, including “Fantastic Four,” “The Man From U.N.C.L.E.,” “Mad Max: Fury Road” and “Terminator: Genisys,” the fifth film in the series created by James Cameron in 1984. Schwarzenegger is back to say that he’s back. 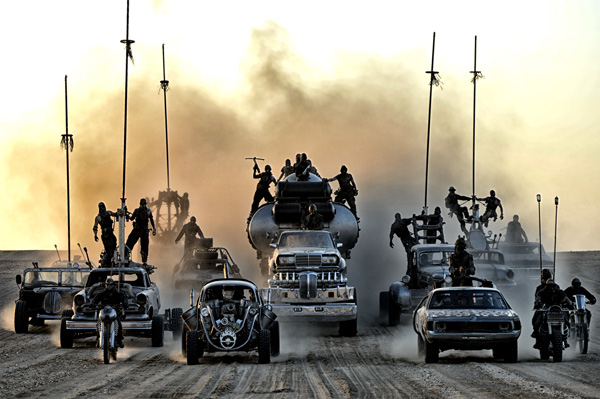 Nostalgia and familiarity mingle with updated special effects and new cast members in these films to render something that hopefully feels fresh to moviegoers. As the “Fast and Furious” series (more profitable in its seventh installment than ever before) has proven this spring, the lifespan of the sequels no longer adheres to the old rules of inevitable decay - at least for now.

The ever-lengthening life of franchises can make for some strange off-screen realities, and not just for 67-year-old Terminators. “Mad Max: Fury Road” (May 14 in Korea and May 15 in the U.S.), is returning decades later with its original creator, the Australian director George Miller.

“One of the most jolting experiences of my life was to go to SXSW and watch ‘Road Warrior: Mad Max 2’ in a newly minted print for the first time in 32 years and then showing scenes from ‘Fury Road’ all these years later,” says Miller. “It was a kind of a time travel. It was a strange but powerful experience.”

There is blunt mathematics behind the proliferating franchises. The top six summer films at the box office in 2013 were sequels. Last summer, all of the top 10 movies were sequels, reboots or hailed from well-known properties.

This summer, the box-office seems nearly certain to be led by “Avengers: Age of Ultron” (today in Korea and May 1 in the U.S.), the sequel to the 2012 superhero team-up original, the highest grossing-summer movie ever. With $1 billion-plus in box office assured, the financial imperative is, of course, enormous. “Age of Ultron” writer-director Joss Whedon says “making more money would be swell,” but a creative purpose is still necessary.

While Marvel’s “Avengers” marches forward (a two-part sequel is planned), other franchises have progressed less predictably.

“Magic Mike,” made for just $7 million, opened in June 2012 with a remarkable $39.1 million and went on to gross $167 million worldwide. A male stripper romp that winks to the real past of producer-star Channing Tatum, it returns July 1 with “Magic Mike XXL.” It’s the classic kind of sequel - a road trip - albeit one with an especially nontraditional destination: a Florida stripper convention Tatum attended before his acting career took off.

“We started thinking about a sequel, honestly, really early on,” says Jacobs, a producer and assistant director on the first “Magic Mike,” now taking over for director Steven Soderbergh. “We all loved this idea of a road trip with these guys; we just couldn’t fit it into the first movie.”

But the bulk of the summer season will depend on older franchises, some of which are counting on moviegoer amnesia.

“Jurassic World” (June 11 in Korea and June 12 in the U.S.), stuck in development for a decade, is the fourth installment in the franchise that has been dormant (but not extinct) since 2001’s “Jurassic Park III.” Its star, Chris Pratt, led last summer’s runaway hit, “Guardians of the Galaxy.”

“Fantastic Four” (Aug. 7 in the U.S.), starring Miles Teller and Michael B. Jordan, is an attempt to reboot the Marvel foursome after the little loved “Fantastic Four” gave it a go just 10 years ago, and was followed by a 2007 “Silver Surfer” sequel.

The futuristic “Tomorrowland” (May 22 in the U.S.), directed by Brad Bird (“Ratatouille,” “The Incredibles”) and co-starring George Clooney, comes from the producers behind “Pirates of the Caribbean” and hopes to turn another Disney theme park attraction into a massive franchise.

With so many name-brand films clustered together in the summer, box-office analysts like Paul Dergarabedian, senior media analyst for Rentrak, predicts this season will lead Hollywood to a record year. That would be welcome news for the industry, following a limp 2014 summer.

If summer 2015 is to reverse last summer’s downturn, it will need a few of the original films to pop, too. AP