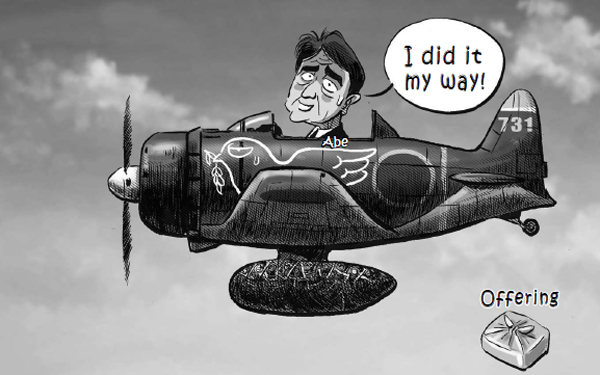 At a speech marking the 60th anniversary of the Bandung Conference in Jakarta, Indonesia, Wednesday, Japanese Prime Minister Shinzo Abe didn’t use words such as “colonial rule and aggression” or “apology,” while simply expressing “feelings of deep remorse” over World War II. Before leaving Japan, he sent a ritual offering to the Yasukuni Shrine, where 14 Class-A war criminals are enshrined.