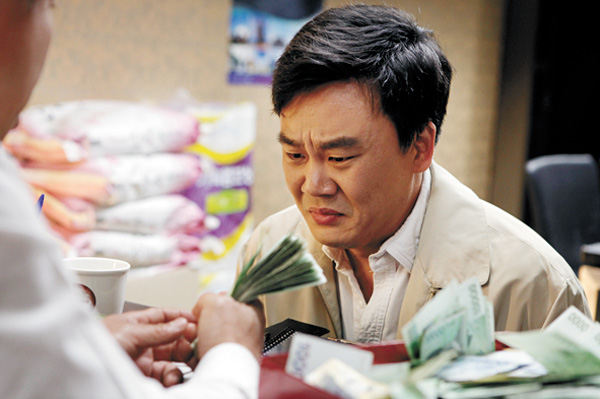 Hongbokwan or tteoddabang have been a social evil in Korea for quite some time.

These are venues younger men lure in older women with the promise of entertaining them through singing and dancing.

After putting on a show they attempt to manipulate the women into buying basic goods such as tissues, shampoo and vitamins for unreasonable prices.

The upcoming movie “Clown of a Salesman,” directed by Jo Chi-un, tackles this problematic issue for the first time.

However, instead of pointing fingers, Jo focuses on the social circumstances that led both the workers and the customers into this place. It zones in on a situation where older parents are abandoned by their children once they achieve financial independence, refusing to visit but sending minimal living expenses.

Experienced actor Kim In-kwon plays a good-natured father who is left with no choice but to work at a hongbokwan to pay for the hospital fees for his sick daughter.

Actor Park Chul-min, who is more famous for playing humorous characters in films and drama series, attempts the role of a money-hungry owner. 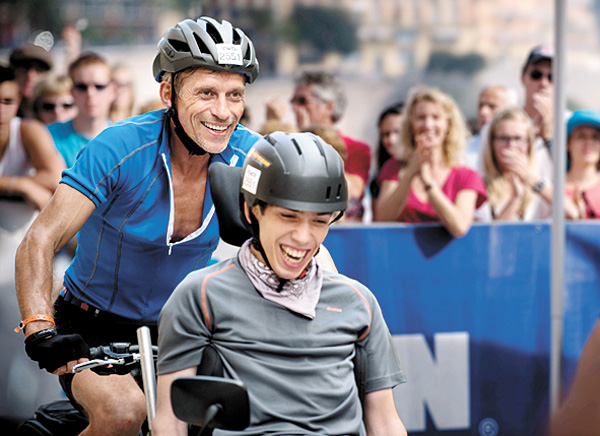 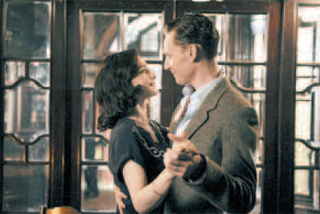 Loosely based on a true story, “The Finishers” tells the heart-wrenching story of a father and his wheelchair-bound son trying out for a triathlon together.

Julien (Fabien Heraud), a 17-year-old boy, has been paralyzed since birth. However, it is not his physical limitations that let him down, but the lack of love he received from his father that leads him to question his self-value.

His father, Paul (Jacques Gamblin), has always kept his distance from his son, which is framed in the film as likely to be a distorted way of showing his sympathy and love for the boy.

Determined to prove what he can do for his father and the world, Julien suggests to enter the triathlon together. Eventually they stand side by side at the starting line of the triathlon that requires 3.8 kilometers of swimming, 180 kilometers of cycling and a 42-kilometer marathon.

The film conveys a rather single-dimensional story, but there is no doubt that it throws in some teary moments.

Whether this inspirational story about a father-son relationship will strike a chord with Korean viewers, as similar tales have several times before, remains to be seen. 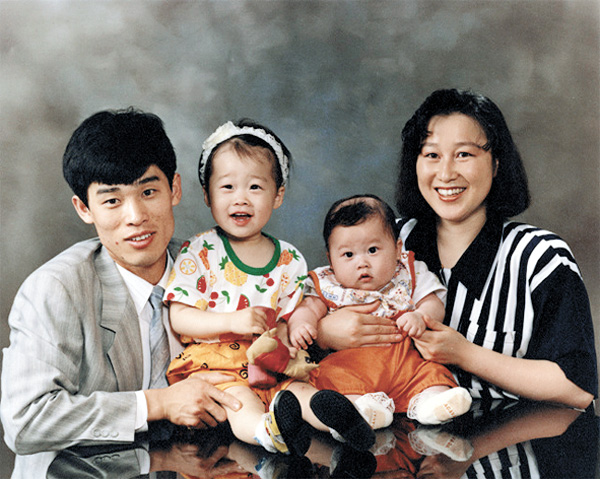 Based on the stage play of the same title by the late Terence Rattigan, the film adaptation again delivers a fatal and melancholy love story with 1950’s post-war London as its backdrop.

Directed by the talented Terence Davies, the film has actress Rachel Weisz as young wife Hester, who falls in love with Freddie (Tom Hiddleston), a former RAF pilot.

Hester, who is somewhere in her 40s, is married to a much older High Court judge who takes no interest in her anymore.

Tired of her passionless and dull marriage, she falls for Freddie, who seems very different from her introverted self, living for the moment and acting spontaneously.

Hester decides to walk out of her marriage and be with Freddie.

However, her problems continue as Freddie refuses to commit himself fully to her.

The film, which was released in the U.S. in 2012, won positive reviews for the director’s restrained yet sorrowful depiction of love and its allusions to the unhealed wounds left in the United Kingdom after the war.

More of the eccentric and decadent aspects of Laurent, an iconic figure in the style world who worked as a chief designer at Christian Dior from the age of 21, are revealed in this film.

The movie refuses to follow the traditional format of a biopic - telling already known facts - and instead zones in on the genius designer’s “unknown world.”

On top of that, the film implements vibrant colors and dreamy aesthetics, which the viewers will find interesting and amusing.

Directed by Bertrand Bonello, the film focuses on the dark aspect of Laurent whose love for alcohol and beautiful things deteriorated his mind and led him to depression.

In the fashion industry, Laurent is well-recognized.

But at home, the young man suffers from depression, loneliness and the agony of creating art.

French actor Gaspard Ulliell from “Hannibal Rising” (2007) and “Paris, Je T’Aime” (2006) takes on the role of the fashion designer who brilliantly oozes that artistic crooked genius’ ambience throughout the film.

It is the second movie about Laurent to be released in less than six months as “Yves Saint Laurent” directed by Jalil Lespert opened last year.

Ever wondered about the happiness of people with hearing impairments?

The documentary feature “Glittering Hands,” directed by Lee-Kil Bo-ra, looks into her own life being raised by parents who both had hearing disabilities.

Narrated by herself, the film introduces how her parents met for the first time and fell in love, eventually having two children. The parents appear in the film delivering their candid love story through sign language.

The latter part of the film focuses on the lives of the director and her younger brother who had to constantly be the ears and mouths of their parents.

Leaving everything behind, there was a time when Bo-ra dropped out of high school and left for India.

However, crafting her autobiographical documentary, she notices one thing: the happiness of her parents and other people with disabilities glitter, and will do so in the future as well, no matter what.

In 2004, there was a groundbreaking Korean horror film titled “Bunshinsaba” in which a ghost or a spirit is summoned if a game is played.

The unique concept made the film a box office hit and generated a spin-off version years later.

The upcoming movie “Ouija,” which already proved its quality as a spine-chilling horror by topping the U.S. box office for two consecutive weeks, can easily be considered a Western version of “Bunshinsaba.”

However, a similar plot doesn’t mean it will elicit less thrills.

The film starts with Laine, played by Olivia Cooke, lamenting over her best friend Debby’s death.

Determined that the mysterious Ouija game has something to do with Debby’s horrendous suicide, Laine decides to get to the bottom of it and decides to play the game as well.

However, there is one rule in the Ouija game that must be kept - don’t ever play it by yourself.

Laine and a few more of her friends team up to play the Ouija board game and the jump-scare adventure begins.