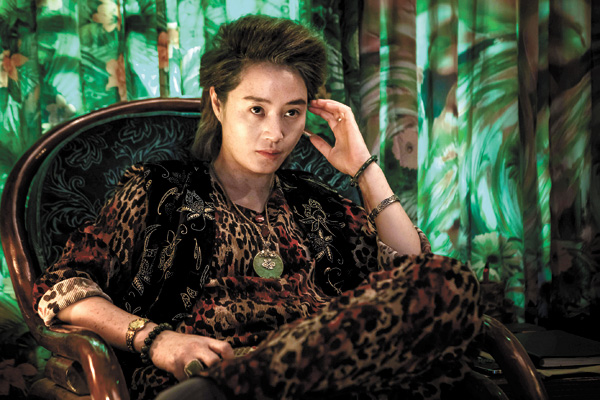 Kim Hye-soo went through a drastic makeover comprising of a fake thick belly and white hair to play a mob boss in China Town. Provided by CGV Arthouse

When it comes to film noir, actresses can take on a limited number of roles, with the femme fatale character usually perceived as the most attractive one.

Leading Korean actress Kim Hye-soo is a mob boss based in Incheon’s China Town who goes by the name “Eomma,” meaning “mother” in Korean.

Her monstrous presence in the film is intensified with the drastic makeover she was given. She wears an artificial thick belly and a layer of freckles all over her face for the movie. 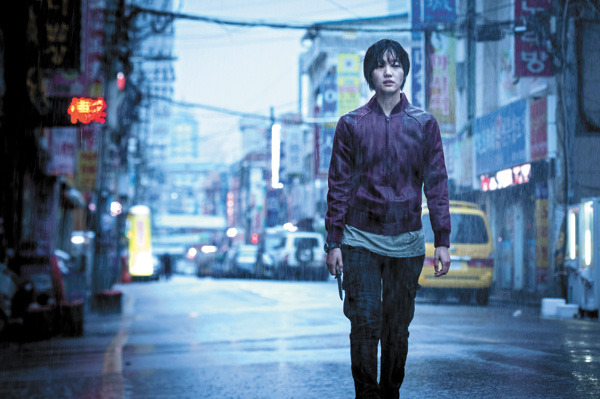 “It was a mentally agonizing time for me when I was deciding if I was going to take part in this movie,” the 44-year-old said during a press conference on Monday at the Wangsimni CGV, eastern Seoul.

“But after I made up my mind, the rest was rather enjoyable. The film had some dark stories, but I was thrilled to focus solely on the Eomma character without thinking about anything else,” she said.

“I consider myself lucky that I was given a chance to not think about my appearance as an actress.”

Kim Go-eun, who became a rising star after playing an innocent Lolita-type character in “Engyo” (2012), let go of the fragile image but took full advantage of her mysterious face to play the cold-blooded killer Il-yeong.

Il-yeong, was abandoned in a subway station’s coin locker room and left for dead before being picked up by one of Eomma’s gangsters. She was on the verge of being thrown out several times, but, having stood beside Eomma faithfully, she is now one of the mob’s key members.

However, Il-yeong starts to take interest in the world outside of China Town when she meets Seok-hyun, the happy-go-lucky son of the gang’s debtor, and a destructive relationship ensues.

“They are not physically related, but with Il-yeong standing beside Eomma, they come to share the same fate. Maybe Eomma considered her as a successor? It is not a matter of love or hatred that drives Eomma’s behavior. They intertwine in a very odd way,” she added.

The new director’s unprecedented approach to film noir is also worth taking note of.

Han calls the unusual choice of using women in the key roles in a genre usually dominated by male characters as “much more powerful and cool when seen on screen.”

“It may seem abstract, but I wanted to tell a story about survival,” he added.

The China Town setting with its rusty red signboards add to the film’s gloomy ambience.