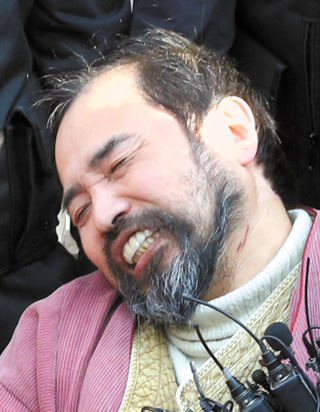 The man charged for attempting to murder U.S. Ambassador Mark Lippert last month said in the first session of his pretrial on Thursday that he was proud of his actions.

Kim Ki-jong, a 55-year-old self-proclaimed unification activist, attacked the ambassador on March 5 with a 24-centimeter (9-inch) blade at a breakfast forum at the Sejong Center for Performing Arts in central Seoul.

He was arrested on the spot and charged with attempted murder, assaulting a foreign envoy and obstruction of business.

Lippert sustained injuries to his left wrist and face - a gash that required 80 stitches.

North and South Korea were “supposed to hold reunions for the families separated [during the 1950-53 Korean War], since this year marks the 70th anniversary of the Peninsula’s division, but it was suspended due to [joint military drills between Washington and Seoul],” Kim said during proceedings at the Seoul Central District Prosecutors’ Office.

“I don’t want to brag, but I’m proud the drill was delayed by a day [due to my actions].”

“I hope it will be taken into consideration that the delay prevented a number of other events from happening and kept safe those who might have been injured,” he added.

Kim came to the court wearing a blue striped prison uniform and sitting in a wheelchair, though he appeared alert and comfortable, nodding to his acquaintances in the courtroom.

He continued to deny the charge of attempted murder.

“He is an activist for national culture and the arts,” Kim’s attorney said. “He did not mean to kill [Ambassador Lippert], it was only a performance, according to his statement.

“In the initial stages of the investigation, authorities accused him of having a connection to North Korea and alleged that there was a mastermind behind the incident, but none of those allegations have been confirmed yet,” he continued.

“He was discontented over the joint military drills between Korea and the United States, and Kim’s actions were impulsive and spontaneous at the scene.”

The attorney, however, admitted to the other charges of assault on a foreign envoy and obstruction of business.

It remains to be seen whether the court will admit Kim’s claim.

According to authorities, the defendant already had the blade in his possession before entering the forum and the injuries he inflicted upon Lippert were close enough to take his life.

Officials earlier disclosed that the knife had been bent after the incident, evidencing how strong the blows were.