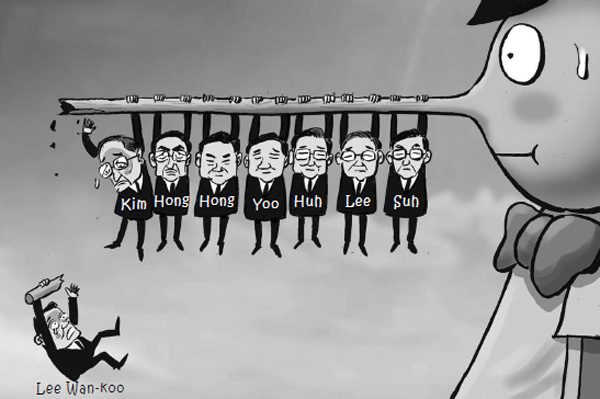 The names of eight former and current members of the government, including Prime Minister Lee Wan-koo,
were found on a list in the pocket of a construction company head who killed himself, in an unfolding
payoff scandal. Lee, who lied about having connection with the dead man, is the scandal’s first victim. By Park Yong-seok