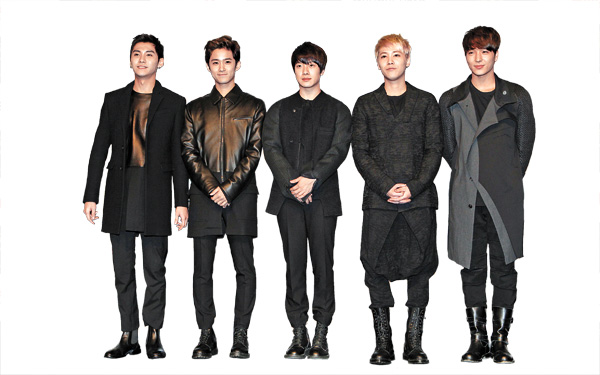 The award was one of the three major prizes given out that night.

According to news reports in Korea, although the boy band could not attend the ceremony, the members expressed their gratitude for the award and their willingness to work harder to become better musicians.

The boy group has been gaining popularity in China with their album “I Will,” which was released in March. Their songs “Pray” and “To the Light,” which are included in the album, achieved first place in various Chinese music charts such as Yin Yue Tai.

FT Island will participate in “2015 FNC Kingdom in Seoul,” a concert in which artists from FNC Entertainment will take part. The band will also hold an Asian tour, “2015 FT Island Live We Will,” starting from Taiwan on May 23.