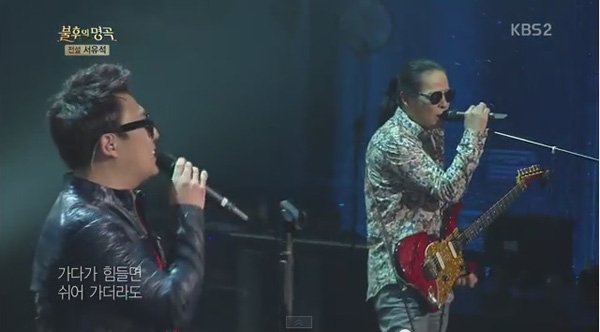 The episode centered on 70-year-old singer Seo Yoo-seok. Many artists, including a member of a boy group B1A4 and soloist Jung-in, competed by performing Seo’s songs in front of an audience, which chooses its favorite. Boowhal chose to sing his 2003 folk song “Holo Arirang” during the program, which took place on the day of the band’s 30th anniversary.

The song is about the yearning for the unification of South and North Korea. According to its lyrics, the two nations can meet at the Dokdo islets in the East Sea to resolve their conflicts. The rock band was highly praised for their performance.

“We have been working as musicians for thirty years,” said Kim Tae-won, the lead guitarist and songwriter. “I think we have the qualifications to sing ‘Holo Arirang,’”