For Haier, new devices and some familiar tech

For Haier, new devices and some familiar tech 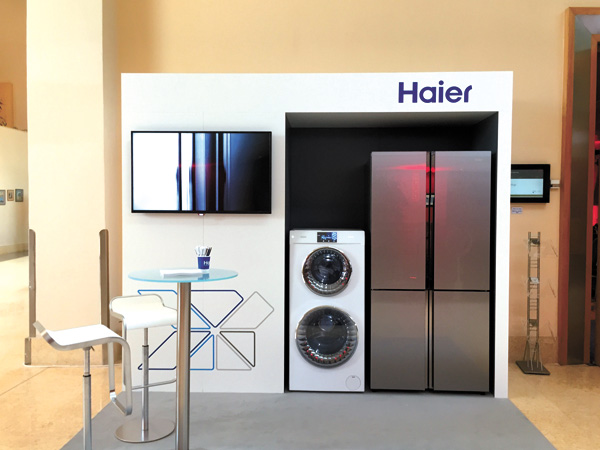 The prototype of Haier’s new washing machine, New Haier Dual Drum is on display at this pre-IFA Global Press Conference event in Malta. By Seo Ji-eun

MALTA - China’s top home appliances maker Haier was the only Asian company on display at this pre-IFA Global Press Conference event, whereas Korean heavyweights like Samsung Electronics and LG Electronics were nowhere to be found.

Haier showcased the prototype of a washing machine with upper and lower front-load slots that it claims is the world’s first, as well as a premium four-door refrigerator and a high-definition smart TV at a hotel in the scenic Mediterranean archipelago.

The washing machine, called the New Haier Dual Drum, featuring a smartphone screen-like control display, and will debut at the IFA in September, according to Haier Europe CEO Yannick Fierling. The upper drum is to handle heavier loads, whereas the lower one is smaller and more suitable for delicates.

“We have made the user interface like that of a smartphone, and it will be remotely controlled with a smartphone or a tablet,” he said during the briefing on Friday, indicating the company’s interest in the “connected home” concept currently sweeping the consumer electronics scene. In the “connected home,” appliances are interconnected and controllable through a homeowner’s smartphone. 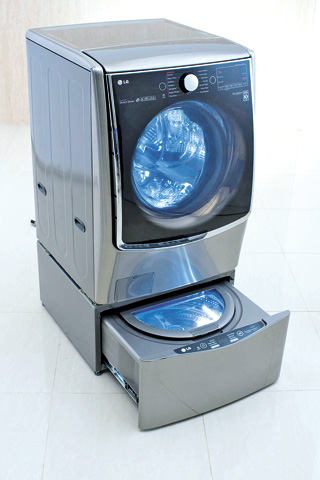 Haier’s device is notably similar to the one LG Electronics showcased at the Consumer Electronics Show in Las Vegas in January. Both have two separate washing systems and can be controlled via an app. The difference is that LG’s, called Twin Wash, has a separate drawer rather than a front-load drum.

Fierling said Haier is set to publicly debut the washer at the upcoming IFA exhibition in September in Berlin, whereas LG pledged in January to unleash the Twin Wash in the first half of the year. That means Haier came up with a prototype only four months after LG did. Chinese producers have usually taken at least half a year to “catch up” with market leaders, but their speed has now reached a formidable level.

The three key products that Haier presented also signal the company’s ambition to shift away from producing lower-end goods.

“Our goal is to change the life of people with new products,” said Fierling.

Meanwhile, the world’s top smartphone and TV producer Samsung in 2013 scrapped the practice of showcasing its products at the Pre-IFA event to focus more on the main IFA exhibition in September.

Other brands that showcased at the preliminary event included Philips, Haier, Grundig, ZTE and Microsoft.