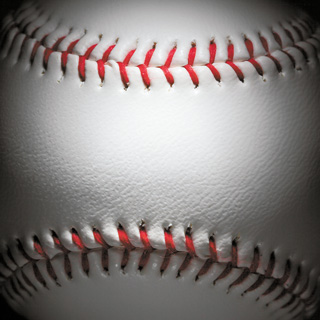 Some fans call the baseballs used in the Korea Baseball Organization (KBO) League “bouncy balls,” because of how easy it seems to be to knock them out of the park.

Last season, the league recorded its highest batting average of .289 and lowest ERA of 5.21. While some fans enjoyed the more offense-oriented league, games ran longer and pitchers struggled to make an impact.

The KBO expanded the strike zone to give pitchers more leeway and, hopefully, make the game tighter.

The league’s efforts seem to be working; as of this Monday, the average ERA of the KBO League teams is 4.69, and batting average is down to .265. But there’s one statistic that didn’t change much from last year: home runs.

Last year, the league had 1,162 home runs in 576 games, averaging 2.02 per game. This season, there have been 227 home runs in 113 games so far, a 2.01 average. Considering that KBO rookie club KT Wiz is struggling in offense and bringing the average down as a result, it looks like the teams are bashing balls just like last year.

But coaches are concerned, rather than excited.

“These days, batters low in the batting order are easily knocking the ball over the fence,” said KT Wiz manager Cho Bum-hyun. “As I returned to the first division after three years, I’m really seeing a change.”

“Balls that batters hit off-balance are even becoming home runs,” said Hanwha Eagles manager Kim Sung-keun, who has more than 30 years of coaching experience in the KBO.

Some are calling for an adjustment of the coefficient of restitution (COR), or the amount of “bounce,” of the balls used in the league.

COR is measured by the Korea Institute of Sports Science (KISS). It is calculated by launching a ball at a concrete wall at exactly 270 kilometers per hour (167.8 miles per hour), and then dividing the velocity at which it rebounds by its original velocity.

Since 2013, the KBO has published the results of periodic tests of the league’s baseballs, which are currently supplied by four different companies.

Despite the KBO’s efforts at transparency, the issue has remained controversial. Sports science experts, including researchers at KISS, argue that the KBO’s COR standard is too lenient. A COR of just 0.01 more can allow a ball to travel 2 meters (6.6 feet) further, meaning that the distance of baseballs used in KBO varies up to 4 meters.

The Lotte Giants - the No.1 team in the league in home runs - have been accused of benefiting from livelier baseballs, as the Busan-based club has been using balls from H&D at its Sajik Baseball Stadium.

“If we intentionally use baseballs with a high COR, this means that our pitchers will also have a harder time against their opponents,” said a spokesman from the Giants. “It’s a nonsense that we have benefitted from the balls.”

The Giants said that after the H&D balls failed to the COR test, they returned the remaining balls to the company and received new ones that qualified in an April 23 re-test.

To end the controversy, Jeong Geum-jo, the head of baseball operations in the KBO, said that the KBO has already asked ball manufacturers to keep the COR low.

“If a company fails the test twice, we punish it by not giving it a chance to supply balls to the league next year,” Jeong said in an interview with Ilgan Sports, an affiliate of Korea JoongAng Daily. “But adjusting the COR takes time and technological expertise, so changing the COR too dramatically might just add to the confusion.”

Jeong added that the KBO is planning to adopt only one official ball to be used in the league as early as next year. He said that the KBO already notified baseball manufacturers in 2013 of the plan.

“Korean baseball manufacturers are not big companies like Japan’s Mizuno or the United States’ Rawlings, so in order to protect and foster the local sports industry, we allowed each team to select their own supplier of the baseball,” he said. “However, complaints coming out about the COR of the baseballs makes both companies and teams look bad. So that’s why KBO is preparing to mandate that all teams use the same balls.”

KBO is not the only league that has dealt with COR controversy. Japan’s Nippon Professional Baseball in 2013 saw its commissioner Ryozo Kato resign over the controversy over unified ball COR.