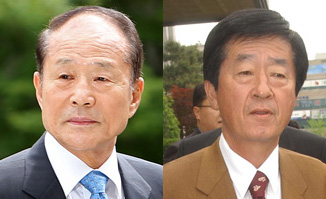 The prosecution is expected to investigate the special pardons authorized during the presidency of Roh Moo-hyun, following President Park Geun-hye’s statement on Tuesday that she will unveil the events behind a questionable second pardon given to a construction tycoon as a part of her political reform campaign.

A special team of prosecutors has been investigating a corruption scandal surrounding Sung Wan-jong, the former head of Keangnam Enterprises and also a former lawmaker.

Claiming that he had become a scapegoat in a fight between the Park administration and her predecessor Lee Myung-bak, Sung committed suicide on April 9 during a corruption investigation. Just hours before his death, he revealed that for years he had paid top politicians close to Park and that some of the money had been used for her two presidential bids.

At the order of the prosecutor-general, a special team was created on April 12 to investigate the scandal. So far, investigators have focused their efforts on search and seizure, raiding the homes and offices of Sung and his associates, and summoned Sung’s key aides to obtain testimony about the businessman’s alleged money dealings.

Park on Tuesday questioned the integrity of the presidential pardons Roh twice gave to Sung, saying the truth would eventually be revealed, in essence handing investigators a new task.

She also blamed the scandal on the special treatment afforded to Sung, using the situation to explain her caution in issuing presidential pardons.

The president’s right to grant pardons is guaranteed by the constitution. In the past, presidents have often invited controversy by issuing pardons to their allies or the owners of national conglomerates.

No presidential pardon, however, has ever been formally investigated by the prosecution.

He was first convicted in 2002 of violating the political funding law as he illegally provided money to the Chungcheong-based United Liberal Democrats and was pardoned on May 13, 2005.

He was convicted again in November 2007 for breach of trust, and just a month later on Dec. 31, 2007, he was again afforded leniency.

When asked whether they would look in to the pardons awarded to Sung, a source from the special investigation team at the prosecution on Tuesday said that investigators were sticking with their current plans.

“The starting point of our investigation is the list,” he said, referring to a 56-word memo found in the late businessman’s pocket following his apparent suicide that named eight politicians to whom Sung allegedly gave illegal funds. “But I also want to assert that the investigation won’t be limited to that,” the source added.

How Sung managed to obtain a second pardon is a question that has been publicly examined in recent days by the ruling Saenuri Party, who claim that Roh’s associates also accepted bribes from the late tycoon.

Justice Minister Hwang Kyo-an added that it was extraordinary for someone to receive a second pardon.

However, Moon Jae-in, head of the main opposition party and the closest associate to the late President Roh, who served as the civil affairs senior secretary at the time of Sung’s first pardon and the chief of staff at the time of the second pardon, adamantly denied that the businessman was pardoned in return for money. A group of Roh secretaries who handled pardons have also stated that Sung was pardoned for a second time at the request of the transition committee for Lee Myung-bak, the president-elect, who swept to victory on Dec. 19, 2007.

A key associate for the former President Lee told the JoongAng Ilbo last week that a special communication channel had operated between the older brothers of the outgoing President Roh and Lee during his transition period at the end of 2007.

“Although Lee Sang-deuk and Roh Geon-pyeong had no previous relationship, they created that channel in order to make sure that the former president would be treated properly,” said the official, who served on Lee’s presidential transition committee. “It was to fill the gap that cannot be filled officially during the handover of the power.”

The official further claimed that the channel was used to arrange Roh’s special pardon for a Lee ally in 2007.

The source added that Roh Geon-pyeong was not involved in Sung’s 2007 pardon, however, and that it was likely Sung lobbied Changshin Textile Chairman Kang Geum-won, a major Roh patron.

Another key Lee associate also speculated last week that Sung was probably granted a second pardon via Kang, describing the two as having a close relationship.

However, at this point it will be challenging for the prosecution to resolve the mystery surrounding Sung’s 2007 presidential pardon, as all the key players - Roh Moo-hyun, Kang and Sung - are not alive to testify.

“Sung probably lobbied Lee’s transition committee,” the associate said. “But there is also a high possibility that he also lobbied the Roh side. Because the Justice Ministry under Roh rejected Sung’s second pardon several times, he probably went both ways.”