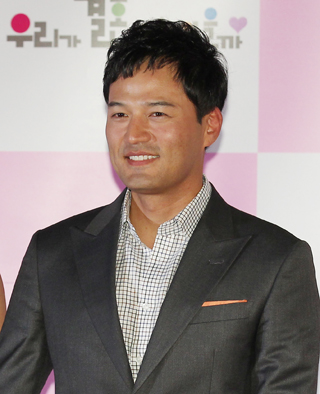 Actor Kim Sung-min was sentenced on Friday to two years in prison and a 1 million won ($930) fine for illegal drug use.
“It was inappropriate for Kim to take drugs while he was under probation,” said the judge Lee Tae-woo from the Suwon District Court.
According to Kim, he lost control of himself because of his unstable relationship with his wife and a slump in his acting career.
Kim’s lawyer claims that the actor flushed the drugs down the toilet after using them once.
Kim was also charged for taking drugs in September 2010. He was sentenced to two years and six months in prison, suspended for four years, plus a fine of 900,000 won.
By Jin Min-ji