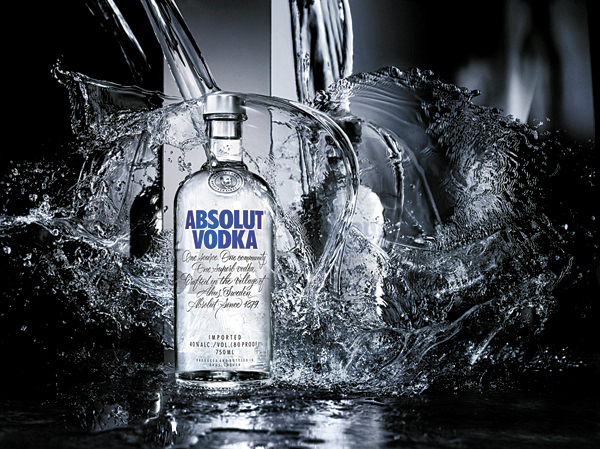 Absolut Vodka introduced its newly designed bottle, to be distributed from fall 2015. Provided by the company

The new design, created by global brand agency Brand Union in collaboration with calligraphy artist Luca Barcellona and illustrator Martin Mork, is the first change to the bottle since 1979.

The bottle’s weight has been reduced, and a new, large “A” has been added. The neck of the newly-designed bottle is longer and its bottom flatter than the previous design.

“The Absolut bottle has been iconic for many generations,” said Peder Clason, the director of global brand strategy at Absolut. “Now it is time to make the next bold statement for Absolut.”

“Our goal has been to transform an already perfect bottle to make it even better. The new bottle maintains everything that is Absolut vodka - bold, original and creative,” he added.

Absolut Vodka is produced near Ahus, a small village in southern Sweden. The vodka’s production is passed from generation to generation at the village.

Absolut Vodka is often mixed with juices, syrups and carbonated beverages, and is particularly popular among female drinkers.