Telecom operators seek to solve security problems of the future

Telecom operators seek to solve security problems of the future 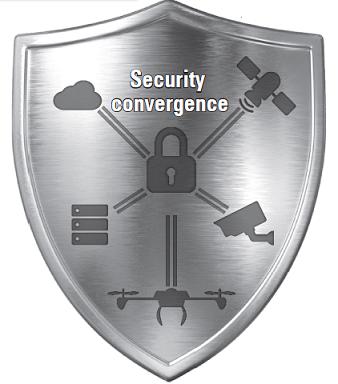 As Internet of Things (IoT)-enabled products and services like smart televisions and smart homes begin to enter the market, many consumers are becoming worried that these devices will make them vulnerable to hackers who want to steal personal information - or worse.

One fear involves the manipulation of rapidly evolving smart car technologies. Some worry that in a future where driving is automated, a hacker might be able to take control of a driver’s vehicle and send him or her into harm’s way.

Such a life-threatening situation could happen when an embedded application or software inside the smart car system is penetrated by malicious codes, through which a hacker can remote-control the car’s movement via Bluetooth connection.

But in the upcoming era when a user’s gadgets will be interconnected onto the same network, every device has to be completely secure to prevent a breach and any potentially terrifying consequences.

These kinds of new challenges are changing the paradigm of the security industry, fostering a new convergent field that integrates both physical security - involving CCTV cameras and other hard-wired devices - and information security, which primarily has to do with IT infrastructure and software. 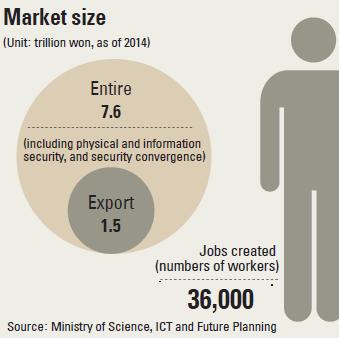 Mobile telecommunications operators like SK Telecom, KT and LG U+ are predicting that IoT security can be a new growth engine for the industry. Protecting smart devices in real time requires the quick transmission of a massive amount of data, and so the providers are hoping to leverage their super-fast nationwide networks into profits.

The nation’s three largest telecom operators have recently started competing against each other to gulp up the early stages of the market, connecting CCTVs installed nationwide to their data networks and strengthening the networks’ security.

The nation’s second-largest telecom operator, KT, which picked security last year as one of its five convergence business projects to develop, is pushing expansion with its physical security affiliate KT Telecop.

Besides its CCTV technologies, KT Telecop offers services like its Face Cop II facial recognition system for business offices. Released last month, Face Cop II identifies a person by analyzing nearly 8,000 different skin cells and recognizing each person’s unique facial pattern. The information is automatically transmitted to an electronic system that automatically determines what networks or services the person will have access to within an office.

This is the second-generation of the technology, with enhanced analysis speed, accuracy and a lower cost.

“If existing security technologies like video analysis meets next-generation features like biorecognition, the management and surveillance of buildings will become even smarter,” said a spokesperson from KT Telecop.

SK Telecom also jumped in the security industry by acquiring the nation’s fourth-largest security company, NSOK, in February. The carrier and the security affiliate already completed the joint development of a cloud service system for surveillance video footage called N Cloud, and recently started operating it in and outside the country. The service not only stores high-definition video, but also allows each client to live-monitor a surveilled area via smartphone or computer. It also includes a video analysis function, which automatically counts the numbers of visitors and tracks visitor-related data.

The technology is currently being utilized at the creative village in Sejong, South Chungcheong, operated by SK Telecom as part of the company and government’s joint creative economy efforts. Residents use the services to live-monitor their crops, preventing theft.

“We hope the CCTVs provide more than just surveillance functions,” said an SK Telecom spokesperson. “We hope to become a pioneer of video security service, enhancing productiveness and convenience,”

Existing security companies are also changing their strategies by either developing their own technology-enabled services or joining hands with IT companies.

S-One, the security arm of Samsung and the largest player in the industry, has recently developed a new IoT-enabled security product called Secom Home Blackbox. The service allows users to control household gas pipes, lights and home appliances via their smartphones. Users can also request security guards be dispatched in the event of a break-in.

“We’ve already got more than 100,000 subscribers to this package, not only because of the cheap monthly fee but also the self-protection part,” said a spokesperson from S-One.

They also have a product that allows working parents to watch what’s happening in their homes and children’s day care centers, connecting high-definition CCTVs with embedded LTE chips to parents’ smartphones. The telecom carrier also services a corporate car tracking system by inserting the LTE chip into each car’s black box.

The government has also decided to join the security convergence initiative by supporting technological development and providing incentives to companies.

The Ministry of Science, ICT and Future Planning is currently in the process of selecting so-called smart cities, where early stage IoT-enabled technologies like smart cars, smart healthcare and smart homes can be tested out by the private sector, and where the government can figure out what kind of regulations are necessary to implement those services in real life.

The ICT Ministry announced it will spend 810 billion won ($755.3 million) by 2019 in order to foster the security convergence business environment and support related R&D projects delivered by small technology companies. It emphasized the need to perfect those technologies prior to their widespread adoption.

“When the IoT era arrives, cyber threats won’t be just limited to the leakage of personal information or financial damage, but could cause national or social chaos,” said Jeong Han-geun, director general of information security policy division at the ICT Ministry.