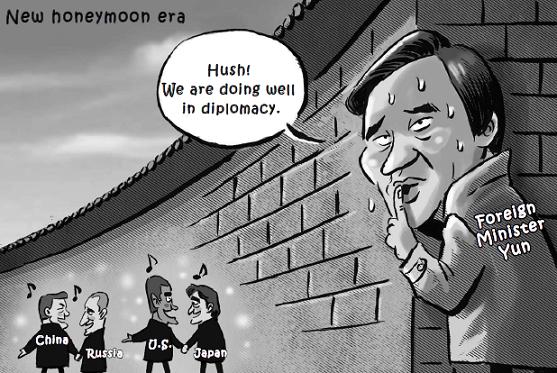 It looks like the advent of a new honeymoon period as the United States and Japan declare a new alliance and China and Russia forge a closer diplomatic relationship. Yet, despite becoming seemingly more isolated in international politics, Korea’s Foreign Minister Yun Byung-se has insisted, “We are doing well in diplomacy.”