Park from g.o.d. to marry his girlfriend

Park from g.o.d. to marry his girlfriend 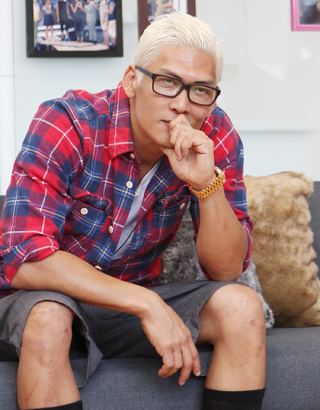 Park Jun-hyung from the K-pop group g.o.d. will tie the knot with his girlfriend, a flight attendant.

According to a person affiliated with Park’s agency, SidusHQ, on Monday, the 45-year-old rapper will marry his fiancee, who is 13 years younger than him, on June 26.

“He is taking wedding photos today and we will announce further details about his wedding later on,” the source said.

Park went public with his relationship during season two of the SBS reality program “Roommate” in December. During the show, he mentioned that he and his girlfriend get along very well and that she has a bright personality.

The singer made his debut in 1998 as a member of g.o.d., a group that is well-known for many hit songs, including “Lie” and “Dear Mother.”

After the release of g.o.d.’s seventh album in 2005, Park left Korea for the United States to pursue his career as an actor.

He appeared in the Hollywood film “Dragonball Evolution” in 2009.

Park returned to Korea to reunite with g.o.d. members in 2013 and since then has been actively appearing in various reality TV programs such as “First Day of Work” (2014) and “Animals” (2015).