In rare full show, Puccini opera to be staged at Korean festival

In rare full show, Puccini opera to be staged at Korean festival 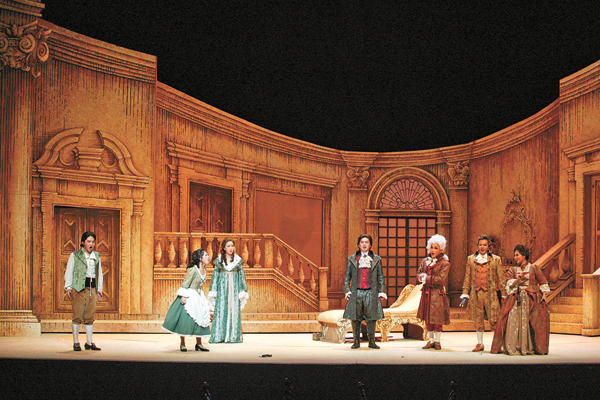 “The Marriage of Figaro” will be presented by the Muak Opera on Friday, Saturday and Sunday.

“Il Tritico” is an unfamiliar piece for Korea. The collection of three one-act operas by Giacomo Puccini - “Tabarro,” “Suor Angelica,” and “Gianni Schicchi” - have totally different characteristics in terms of drama and music, yet the composer still chose to put them together.

“I agonized over whether I should select this piece or not,” said Lee So-young, president of Sol Opera Company, which will present “Il Tritico” during the upcoming sixth Korea Opera Festival. “It’s a very difficult opera for a private opera company to stage on its own.”

As the three operas come as a set, there is no doubt that the production cost is high. It is also difficult to draw in the approximate 50 singers required for leading and supporting roles in the three pieces at once, which is likely why it has been nearly a decade since “Il Tritico” was last staged in Korea as a tripartite piece- its premiere here.

All three segments have not been shown together anywhere in the world for the past five years.

“The three operas are very different,” said Lee. “The atmosphere and staging of the first piece is totally different from the second, and second from the third.” 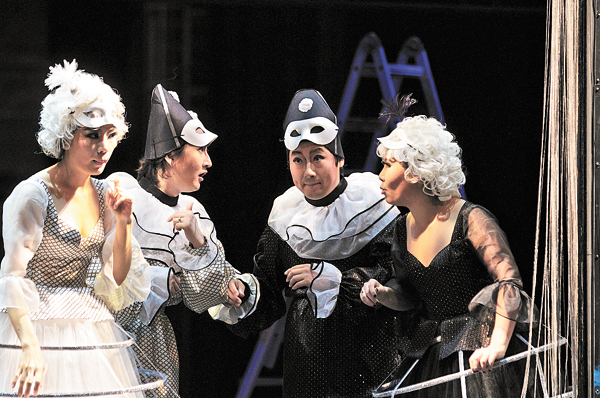 The Nuova Opera, which is known for debuting new operas, will present “Adriana Lecouvreur” on May 29, 30 and 31.

“But I believe Puccini wanted, in the end, to show the fall of aristocracy yet still reveal their humanity.”

The government financially supports companies selected for the Korea Opera Festival, which is why Lee’s Sol Opera Company decided on “Il Tritico.”

“It’s not to be missed,” said Lee. “It may be unfamiliar, but it doesn’t get staged very often around the world. Also, this is the final opera of Puccini as he died while he was writing ‘Turandot,’ which his student completed. In many ways it is very significant for us to stage this opera.”

The state is funding five of the opera companies participating in the event, which starts from Friday and runs to June 7 at the Seoul Arts Center.

To appeal to both opera aficionados and newcomers to the genre, the organizing committee said it has carefully selected the lineup and planned out the program.

Excluding Mozart’s “The Marriage of Figaro” by the Muak Opera, others including Rossini’s “Mose” by the Seoul Opera, Cilea’s “Adriana Lecouvreur” by Nuova Opera and “King Jumong” by the Korea National Opera are all quite new, even to avid fans of the genre.

In order to popularize opera, which has been criticized for being boring and hard to understand, the organizing committee said it has prepared several outdoor programs for the public. 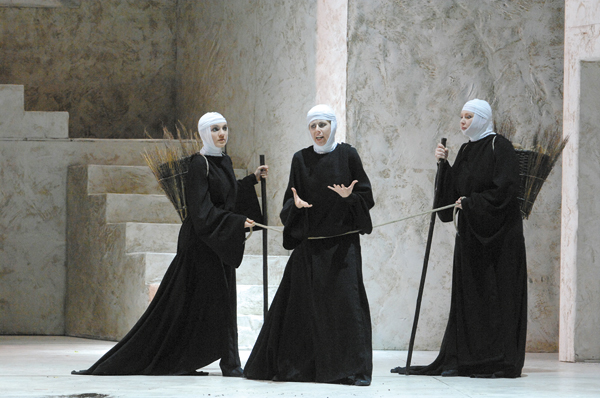 Puccini’s “Il Tritico,” a collection of three one-act operas, will be presented by the Sol Opera Company. Above is “Suor Angelica,” the second opera within “Il Tritico.” It will be staged on May 15, 16 and 17. Provided by each company

For the family audience, many opera performances with explanations will be staged for free on May 23 and 30 at the outdoor stage of the Seoul Arts Center. For those who want to learn more about the opera they are about to watch, there will also be lectures prior to the performances given by opera critics.

“We’ve worked for the past five years to revitalize the production of operas made in Korea while popularizing the genre,” said Choi Nam-in, the chair of the organizing committee.

“Although we have a long way to go to make this into a real festival where the whole city is in a festive mood, we believe we have the potential. With the support, we believe we can achieve that goal in the near future.”