Jeong grapples with his role as Rothko in ‘Red’

Jeong grapples with his role as Rothko in ‘Red’ 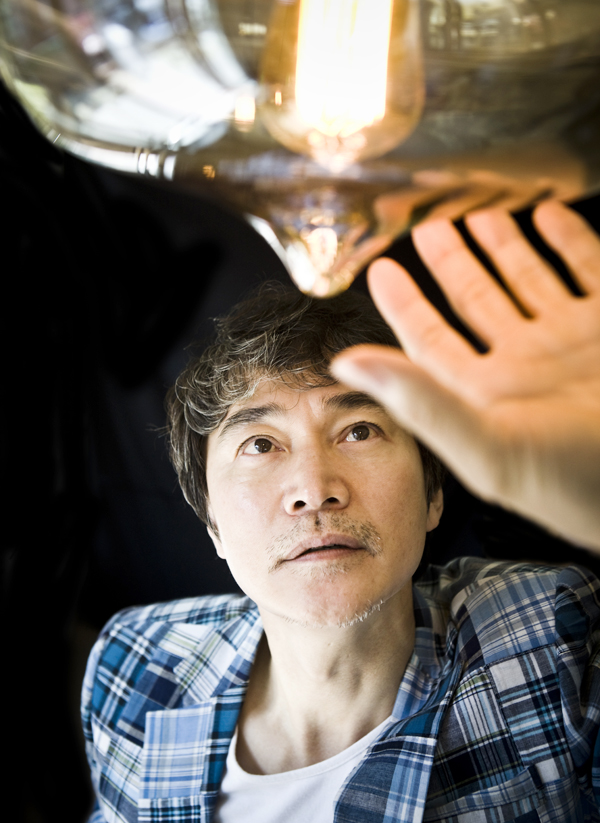 Jeong Bo-seok describes himself as an amateur because he consistently pursues self-development. By Kwon Hyuk-jae

Actor Jeong Bo-seok is taking a break from his usual film and TV roles to play brooding artist Mark Rothko for the play “Red,” which opened on Sunday at Chungmu Art Hall in Heungin-dong, central Seoul.

Jeong met the JoongAng Ilbo, an affiliate of the Korea JoongAng Daily, in late April at a cafe in Daehangno, also in central Seoul, ahead of the play’s third run in Korea.

The 53-year-old actor discussed the difficulties he faced in his role as the American abstract expressionist artist.

Jeong said that he prepared for the role by visiting a retrospective of the artist, which runs until June 28 at the Hangaram Art Museum in Seoul Arts Center, and read philosopher Friedrich Nietzsche’s “The Birth of Tragedy” (1872), which Rothko himself devoured. But despite these efforts, he said he still had trouble understanding the man.

The play, which debuted in London’s Covent Garden in 2009, is a two-hander comprising a conversation between Rothko and his fictional assistant Ken. It is loosely based on a story from 1958 about Rothko being commissioned to produce several large murals that were to hang in The Four Seasons, a luxury restaurant in New York City, before suddenly breaking the contract after finishing about 40 paintings.

The confrontation between Rothko, who represents the old generation, and Ken, illustrating the young, leads the audience to question life.

After debuting in London, the play moved to Broadway in 2010 and received six Tony Awards that year, including the honor for Best Play. It premiered in Korea in 2011 and had its second run in 2013. 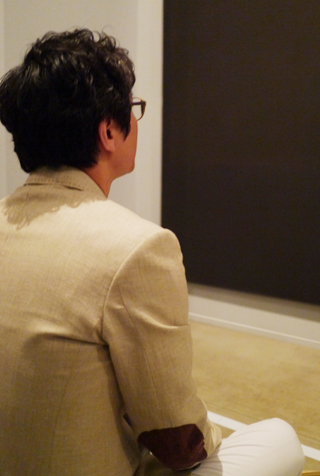 Jeong meditates before one of Mark Rothko’s paintings at the artist’s solo show at Seoul Arts Center on April 14. Provided by Covana Contents

“When I saw the first debut of ‘Red’ at the Lee Hae-rang Arts theater in Dongguk University, I was stunned,” Jeong said, adding that he was particularly affected by an infamous Rothko line he quotes in the play: “The child must banish the father. Respect him, but kill him.”

“As new actors climb their way up I’ve been experiencing a conflict of identity and the difference in values while teaching as a professor [at Suwon Women University],” the actor continued.

“In this way I felt that my agony and Rothko’s connected, so I expressed my interest in the role to the production company. But when I got the script it turned out to be a daunting challenge. I was so bold and naive.”

The actor added that stress and worry over the play is affecting his ability to sleep.

“Sometimes it is too difficult to memorize my lines and it makes me feel dumb,” he added.

Jeong is quite the perfectionist when it comes to acting - so much so that he let Park Jeong-bok, who plays Ken, stay at his house in Seongbuk-dong in order for the two to practice.

“I was such a terrible actor before and am still moving forward step by step,” Jeong said. “So I’ve always thrown myself into practicing as soon as I got scripts.”

His dedication to his work has finally turned him into an actor who can successfully portray any character - a far cry from when he was dropped from his debut drama “Baek-ma-go-ji” in 1986 for his poor performance.

“Being on the stage in the theater always helps me focus on what I lack in acting and to fix it,” he said.

“I’m planning to act on stage at least once a year. For two hours on stage I express all my feelings while staying focused. It eventually leads me to catharsis, and that’s the reason why I act,” he mused. “But still, I should have picked a less painful role.”