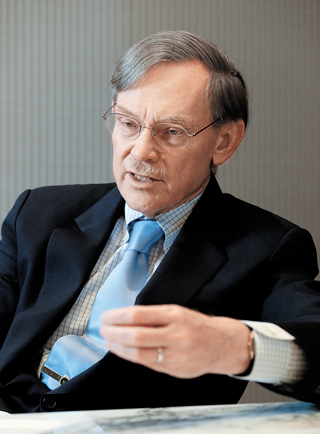 I have extraordinary respect for the accomplishments of the Republic of Korea. Students of development cite Korea as a great success story, rising from the rubble of war to build a globally competitive economy, earn high living standards and establish a vibrant, free democracy.

Koreans are understandably sensitive to risks to their independence. Geography and history have drawn Koreans toward two strategies that are in tension. One approach is a fierce defense against outside influences that can weaken or even overwhelm Korea. This is the Korea of the “Hermit Kingdom.” The second strategy recognizes the imperative of combining national strength with outside support. But this external strategy can be undermined by national chauvinism that might mutate into xenophobia.

The United States has provided assistance and protection to the Republic of Korea since 1950. At times, understandably, Korean dependence on American influence has sparked antagonism. But Koreans have generally drawn on their partnership with America to build Korea’s economic power and resilience. Seventy years after the United Nations resolved to protect the Republic of Korea, a Korean has risen to become Secretary General of the UN.

Koreans have deployed the attractions and capabilities of their economy to reach out to the wider region and world - to [the Association of Southeast Asian Nations], Australia and New Zealand, and all across APEC. Korea has an FTA with the EU as well as with the United States. Korea now has 11 FTAs in effect, covering more than a quarter of its trade. Moreover, while history and geography offer a frame of reference, the modern Korean strategist needs to consider changed circumstances as well.

Yet amazing growth is also altering China’s view of external interests, regionally and globally. The North Korean regime - which China saved during the Korean War - is a conundrum for China - North Korea was once an ideological partner for China - but is now a hereditary, totalitarian danger. China still perceives North Korea as a buffer state, but against what? North Korea’s belligerence necessitates strong and vigilant South Korean, American and Japanese defenses on China’s frontiers. No doubt China wants to avoid the chaos of a North Korean collapse. My sense is that today China is dissatisfied with its choices, and so for now is just perpetuating the past for lack of better ideas.

The expanding shadow cast by a rising China has increased worry in Japan. Today’s Japan is a very different place from Imperial Nippon, although I know that past Japanese aggression has left deep wounds. Japanese democracy has reached great heights economically and technologically. But an aging Japan is losing about 250,000 people a year. The primary aim of Prime Minister Abe’s economic reforms is to enable Japan to maintain influence in decades to come. Japan will value allies and partners who can help secure a peaceful order in the Asia-Pacific.

The new U.S.-Japan defense guidelines should be viewed in this context to sustain America’s commitment to protect Japan, an assurance that has been a cornerstone of the post-World War II order. Japan needs to be able to help counter possible attacks on U.S. forces. The United States must remain the insurer of security in the Asia-Pacific. But this responsibility is not America’s alone. The 21st century security order needs a partnership of mutual defense, a threat to none, but a reassurance to all.

To paraphrase Napoleon, the borders of a nation’s interests are marked by the graves of its solders. One of my colleagues on this visit, [former U.S. Secretary of State] Rich Armitage, risked his life in a Southeast Asian war. Koreans know the price of war in Northeast Asia. The Cold War in Europe was very hot in the Asia-Pacific.

The U.S. aim is to deter conflict, preserve peace and build prosperity. The Trans-Pacific Partnership (TPP) will help provide the economic underpinning of deeper integration and cooperation. The Korean-US FTA has done so for our two countries.

Ultimately, Korea’s place in the changing world order depends on the decisions all of you will make.

Today, Korea is sensitive to being squeezed between a high-tech Japan and a China that is seeking to move up the value chain of production. Korea will be best positioned if it can combine two initiatives: First, to develop fully Korea’s own human and institutional resources in an open and dynamic system; and second, to multiply the strands of Korea’s global network, both public and private. Reliance on barriers against outsiders will just leave Korea weakened and isolated.

Korean manufacturing has been marked by robust productivity growth, yet productivity in the service sector has actually fallen - and is now only about one half of manufacturing productivity. A vibrant, innovative and competitive services sector can offer greater balance to the Korean economy, while adding capabilities Korea will need in the years ahead. For example, an aging Korea will need more efficient and better delivery of health care and pension support. The financial sector could raise productivity by encouraging more savings and investment, increasing the efficiency of investments and channeling capital to innovative businesses. Korea is the fourth most prolific originator of patents - three times the number in Germany - but invention is not well connected to business development, start-ups and the cross-border exchange of research.

The future security of Korea depends on its global network, not on its national barriers. More comprehensive security ties with the United States - and other American allies and partners - will help protect Korea’s networks. The 2009 U.S. Korean Joint Vision Statement offers a framework for closer cooperation on the peninsula, regionally and globally.

The Republic of Korea must continue to have the capability to deter North Korean aggression. Yet, South Korea’s strategic strength will be enhanced through more extensive defense diplomacy and the ability to share the responsibilities of the 21st century order. For example, Korea can achieve greater interoperability with U.S. forces, develop an integrated missile defense and cooperate more closely with U.S. cyber defenses. A blue water Korean Navy can contribute to regional security - for example, through anti-piracy and maritime humanitarian assistance. All of us have an interest in thwarting the proliferation of weapons of mass destruction. And Korea’s support for development assistance is also valuable.

A wise strategy for South Korea is to anticipate the unexpected. Korea can prepare for an uncertain future by strengthening ties, supporting a wider security network fostered by the United States, expanding and deepening Korea’s economic connections and reassuring all powers of Korea’s peaceful aims.

The United States, for its part, will work with partners to preserve the successful international architecture of the past 70 years, while adapting to economic, security and political shifts. Some strategists, analogizing from history, assert the United States is a status quo power that must adapt to a rising power. This view fails to understand America’s history and nature. The United States, it is true, is now the established power in the Asia-Pacific and around the world. But America is not a status quo power. The United States is comfortable with a dynamic system. Our ethos as a country is to look ahead, to reinvent and to seek a better world. We seek security, but we also prize liberty and value the potential of the common man to achieve uncommon dreams.

I hope you share my belief that the American vision of an evolving, improving order suits Korea’s interest and values as well. Over the past 70 years, Koreans rose to the challenge of building one of the world’s most successful economies and establishing a competitive and open democracy. Now Koreans and Americans face a new era of challenge. Geopolitics lays the foundation for future designs. But it is up to us to create that destiny.