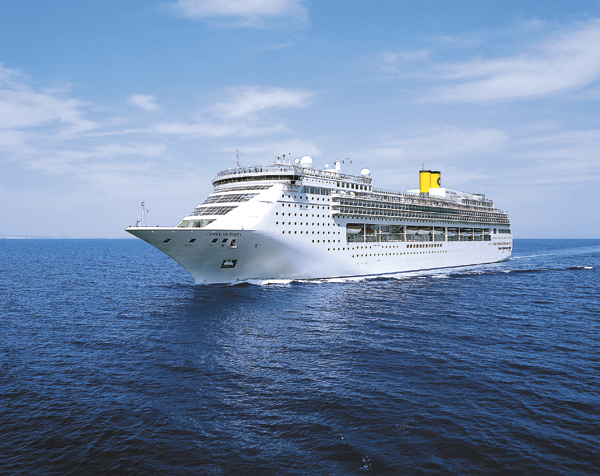 The Korean government has set its sights on vitalizing the cruise tourism industry, aiming to attract three million tourists by 2020.

The government also aims to attract native Koreans by allowing locals to gamble in casinos onboard. Currently, Koreans are only allowed to visit one casino in Jeongseon, Gangwon.

The Ministry of Oceans and Fisheries on Thursday announced that the government will launch Korean cruises within the year and establish docks exclusively for cruise ships in Busan, Incheon, Jeju, and Sokcho, Gangwon, by 2016. Existing docks will also be modified to allow cruise ship access.

The ministry also announced the creation of a government task force, which will also include the Justice Ministry and the Trade, Industry and Energy Ministry, intended to fast-track the acquisition of international licenses and various government approvals to support the industry.

The Oceans Ministry said it plans to operate two trial runs to major tourist destinations in Korea and Japan within the month. The runs are intended to check for inconveniences that need to be improved, including dock usage as well as the departure and arrival process. 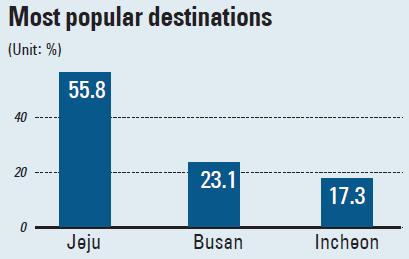 To help develop the industry, the government will provide companies with financial support like the loans to buy cruise ships and sustain related businesses. The plan also includes supporting research and development in cruise ship construction and repair, and encouraging students to enroll in courses to become professional cruise workers at institutions such as Daekyeung University in North Gyeongsang and the International University of Korea in Jeju. The target is to raise the number of students from its current 90 to 500 by 2019.

“If the discussed plans are pushed forward without any problems, we will be able to launch at least a single cruise ship carrying the national flag and reach our goal of 1.2 million cruise tourists by the end of this year,” said Oceans Minister Yoo Ki-june.

According to the ministry in 2014 the spending by each cruise tourist averaged 1.17 million won. Total spending topped 1.22 trillion won, as there were 1.05 million cruise tourists who traveled on Korean ships.

The number of global cruise tourists is expected to grow to 37 million by 2020, 43 percent more than the 20.98 million recorded in 2013, according to the ministry’s report.